Afan Lido Football Club will be celebrating Weeks of Action #OurMatchday at their upcoming match against Haverford West on 17th March.

The club will be dedicating two pages of their matchday programme for the Haverford West match to promote Weeks of Action. The club had originally published the article in the programme for their match against Penybont on 3rd March but this was one of several matches postponed due to the snow. The article can be downloaded here.

Afan Lido are one of several Welsh League clubs who have joined us this year to celebrate Weeks of Action. We would like to thank them for their support. 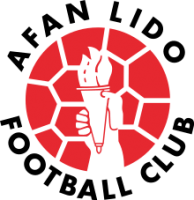