When the spread of coronavirus led football to suspension, forcing clubs to close their gates to the fans, millions of regular match-going supporters felt a loss.

For the majority of football fans, going along to matches week in, week out, becomes a way of life, a stress-free 90 minutes.

It’s not just about the football played on the pitch, but also the social aspect. Being a loyal football follower is being part of a community, a community that are all in the same place, at the same time, for the same reason, their football club.

Alex is no different. The 21-year-old Reading fan is a regular at the Madejski Stadium.

“Not going to football, I lost my life!” says Alex when asked about the suspension of live sport.

“Football is a lifestyle for me. It’s been the biggest routine of my life, it’s an obsession.”

A fact that is often overlooked is that 1 in 100 people in the UK have autism.

Alex talks about his autism in the short film, explaining that he sees it as a ‘difficulty’ rather than a disability.

When Championship action finally returned to the Madejski, Alex and his Dad were lucky enough to secure tickets for the Royals home fixture vs Norwich City.

“The last nine months have been really challenging” explained Alex on his return to the stadium.

“There has been football on TV, but I’d struggle to watch. It’s not the same as a matchday.”

Masked up and navigating his way through the turnstiles for the first time in 9 months, Alex admitted he felt anxious and on edge returning to the Madjeski Stadium, but seemed to be relieved there was some light at the end of the tunnel.

“Reading Football Club were really pleased to work alongside Sky Sports to follow the matchday journey of one of our loyal supporters.

“As a club, we pride ourselves on making football fully accessible and the matchday experience at Madejski Stadium as enjoyable as possible for all of our fans we are delighted that Alex is able to support our club, feels comfortable in the environment we work very hard to create for supporters on a matchday and can express his love and passion for the team from his seat like any other fan cheering us on from the stands.

“We look forward to welcoming Alex back again as soon as our turnstiles can turn again and reunite loyal fans with their football team.”

Alex was greeted by a special visitor post-match, as first-team manager Veljko Paunović surprised him with a shirt signed by the squad. 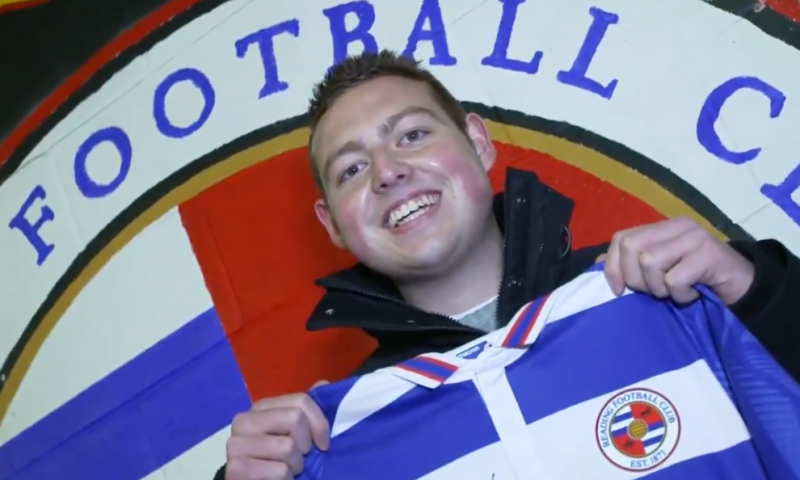