Audio Descriptive Commentary at Luton Town proving to be a success

Luton Town’s new Audio Descriptive Commentary (ADC) is proving to be a success with blind and partially sighted fans at Kenilworth Road.

First used in the Hatters home game against Plymouth in March, ADC differs from television and radio commentary where a specially trained commentator provides additional narration that describes all significant visual information such as body language, facial expression, scenery, action, clothing, colours and anything else that is important to conveying the image, venue, match, event or surrounding ambience.

The ADC headsets were funded by the Luton Town Supporters’ Trust and the new service has already made a big difference to the matchday experience of blind and partially sighted fans.

Prior to the introduction of ADC, fans would have to rely on their personal assistants providing a running commentary, or listening to the club’s radio service which operates on a 40 second delay which means you can’t keep up with play.

“I told my wife I couldn’t listen to it anymore and I asked her to commentate for me, so that’s what she started doing,” said Mr Hutson.

“When she told me about the headsets I said I’d like to book one of them and see how it goes.

Sarah Batty, mother to an eight-year-old boy that uses the headsets, could immediately see the difference that the headset had made to her son’s experience at the game:

“The commentary was brilliant and it really made a difference.

“He was enjoying it and knew exactly what was going on and who had the ball.

“You could see by the smile on his face after the match how much it meant to him.”

The commentary is provided by Simon Pitts, an experienced football commentator and Hatters’ fan.

“He will tell you the colours, whether they’re kicking from left to right or right to left.

To book a receiver on a match day, supporters will need to book in advance either with the Ticket Office on 01582 416976 or through the Luton Town DSA (LTDSA). 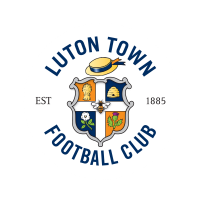