Autism affects around 700,000 people in the UK. According to the UK’s National Autistic Society (NAS), Autism is a lifelong developmental disability which can affect how people communicate and relate to others. It is categorised as a spectrum condition meaning while all people who have Autism share certain difficulties, it affects them in different ways.

Many people with Autism are passionate about sport but shy away from attending live sports events. According to a 2014 NAS survey of individuals, families and carers affected by Autism, 43% of those who don’t engage in sport cited their sensory difficulties as reasons for their non-participation.

Manchester City fan Edward Lake is one of several autistic football fans who has had difficulties at live sporting events. Edward is the son of ex Manchester City footballer Paul Lake.

“I get messages on social media saying, well if they can’t cope, they shouldn’t go to football,” Edwards mother Joanne Lake told CNN.

“Why can’t people with autism go to football? Why should it be different for them?”

“At the beginning, he really struggled with the sound,”

“He would wear ear defenders to help block out the noise. Sometimes we would have to take him out to the concourse to allow him to calm down”.

“But he’s become more aware as he has got older and last week he went to the game without ear defenders.

“He also finds visual stimulation difficult. Things like flash lights, floodlights, flares, they’re all difficult to deal with. Then you’ve got the announcement over the loudspeakers and the loud music.” 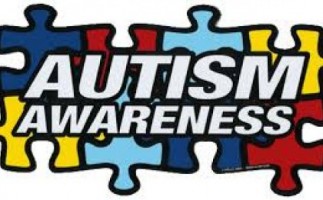