I have to start off by admitting that I don’t go to a lot of live Sporting events, but I did make the assumption that with all the rules that exist within football around segregated seating, that if you were a wheelchair user then the same would apply to you. Apparently not.

I can understand that if you are a small club, with limited facilities and resources then it may be challenging to provide lots of facilities for disabled people. But is there really a reason that Premiership Football Clubs keep hiding away from the fact that their record on accessibility is quite poor.

Out of all the premiership football clubs, seventeen, yes 17 do not have the number of allocated wheelchair spaces that they are meant to have. I am a bit tired of the same old excuses being trotted out. ‘The stadiums are old’ is used a lot, and have also been told that there isn’t enough money. Really? Oh sorry, I forgot there isn’t any money in Football at this level.

First of all I do not think that it is acceptable for home and away fans to sit together just because you are in a wheelchair. There is a reason behind segregated seating and if I was sitting with the opposing team I think I might be just a little put off. There is something tribal about football where you want to be with other supporters who support the same team as you.

Second something else that happens is that some clubs give away tickets free of charge, a policy that I am not in favour of. I think that there may be some very justifiable cases where there should be a sensible ticket pricing policy, but if you have to apply for a free ticket, then it is really hard to complain if you have a bad experience, like you can’t see properly. I suppose if you are giving away tickets then it makes no financial sense to have more ‘free’ seats.

Thirdly and probably the most important issue for me is that of the number of spaces that are available. Have none of the worst offending clubs thought about flexible seating? I suppose some of the clubs feel good about themselves in that they are helping these ‘poor people’. Yuk. To me it smacks just a little too much for having to be grateful.

For me this is a moral issue about how sport treats it’s fans who are also disabled people. You might argue that many fans don’t get a decent deal, but to not have the right number of spaces is not acceptable

Many people have written to me about their experiences. People with crutches not being allowed to take them in to the stadium in case they are used as a weapon, issues with guide dogs not being allowed in (are they dangerous?), and some wheelchair using fans not being ‘allowed’ to buy a season ticket. If another minority group was not allowed to purchase them I am sure that there would be more public uproar

While the Premier League is able to say it is a matter for the clubs, and the clubs are able to hide behind whatever reason they can think of, nothing will change. But I believe that clubs have a moral duty to at least meet the guidelines. How many of these clubs have community programmes where they seeking to prove what good partners they are, or how inclusive they are? I raised this in the House of Lords and this is one of the things that happened – http://www.disabilitynewsservice.com/manchester-united-finally-admits-tanni-was-right-on-wheelchair-spaces/

There are organisations and people campaigning for change. Level Playing Field have done some great work in this area and have produced tables so you can see which club is OK and which ones need to improve. It will only change when more people take this matter seriously and also demand change. 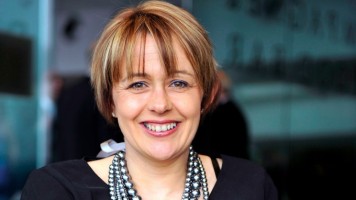