Premier League clubs are discriminating against their own fans, according to a leading disability charity.

For more information and to view a video clip, please visit the BBC Sport article here.

Joyce Cook, OBE, Chair of Level Playing Field, was responding to a BBC study that found that only three top-flight stadiums currently provide the required number of wheelchair spaces.

Of the 20 clubs in the Premier League, eight fail to offer even half of what they should under national guidelines – a situation that has remained largely unchanged for more than five years.

She called for radical change, claiming football has become “stuck” on the subject of disability.

“The experience for a disabled football fan is very varied, but it’s nothing like that of a non-disabled fan,” she said.

“It’s hard to get tickets, specifically for away games and especially for wheelchair users. When you get there, the sight lines can be pretty grim and it can be quite a miserable experience.

“There are a few good examples… but I think some of it is based on trying to manage a poor situation – a complete lack of sufficient seats.”

Asked if she felt Premier League clubs are being discriminatory and letting down their fans, Cook said: “I would say so, yes.”

When BBC Sport took its findings to the Premier League, it insisted it was working hard to accommodate disabled supporters.

“The highest standards of access are generally at clubs with new grounds, but all clubs, even those working within the constraints of older stadiums, work hard to make sure that disabled fans can attend matches and enjoy their football,” read a statement.

“We will continue to work with our clubs, fans and their representative organisations to make sure that the views of disabled supporters are taken into account as we make improvements in this area.”

But Arsenal fan and wheelchair user Anthony Joy said guidelines on disabled facilities were not being adhered to “in any way, shape or form”.

“There are not enough spaces around the country,” he said. “Also in terms of where you’re put, it’s sometimes an afterthought.

“My worst experience was this season at Crystal Palace. Arsenal won 2-0, but I saw next to nothing of the game.

“If you put disabled supporters halfway up a stand, you need to raise them up so they can see above someone’s head if they do stand. The next time we play at Selhurst Park, I don’t know if I’ll go.”

He said the club has already blocked off three rows in front of the disabled section to improve the viewing experience.

“We have an old ground which has been under invested for many years by previous owners,” said Parish.

“I can assure you we are committed to improving the experience of every fan coming to Selhurst, with particular attention to ensure disabled fans can enjoy the game equally with others.”

But Joy, who has been following Arsenal home and away for more than 20 years, says he often has a very different experience from the friends he travels with.

At three Premier League grounds – Upton Park, Villa Park and Anfield – a limited number of wheelchair spaces means he is forced to sit with the home fans.

“I don’t want special treatment,” he said. “I don’t think any person with a disability wants special treatment, they just want equality. They want a chance to go and see the game, and ideally sit with their friends.”

Liverpool say Anfield’s age limits what they can do and insist they have carried out a number of feasibility studies into moving the wheelchair section for away fans.

“Currently, it can’t be done as travelling distance to the accessible toilets are outside the permitted maximum,” read a statement.

“However, if we progress with a proposed stadium development, then we would look to significantly increase the number of wheelchair bays as part of any expansion.”

Current guidelines on how football clubs in the United Kingdom should cater for disabled spectators have been in place since 2004 in the form of the Accessible Stadia Guide.

The document sets out a minimum standard that all new grounds have to meet in the provision, location, and quality of facilities for disabled fans.

The number of wheelchair spaces a stadium should provide is based on its capacity.

Old stadia are not exempt and, just like the local shop or parish church, football clubs must continually make “reasonable adjustments” to ensure everyone can access their services.

When considering what is “reasonable”, financial resources are taken into account.

But even though the Premier League is richer than ever, Joy believes little has changed in the past 10 years.

“Of course it’s going to be an issue with older stadiums,” he said. “I can kind of make allowances for that. But with the amount of money in the game, I think there should be some level of redress.

“While there’s a lot of money being spent on the corporate and hospitality side of the game, general standards of grounds are poor. That’s not just for people in wheelchairs.”

Since the implementation of the Equality Act in 2010 and legislation dating back to 1995, it has been illegal for service providers, including football clubs, to treat disabled people less favourably than other customers.

Barrister Catherine Casserley says clubs that do not adapt to the needs of their disabled fans could be breaking the law.

“One of the things that courts will do to establish what adjustments it is reasonable to make is to look at what other guidance is around,” said Casserley.

“If that says that clubs should have a certain number of wheelchair spaces and they don’t have that – and they don’t really have any rationale for not having that – then the court might well decide that they breach the Equality Act.”

Access to tickets is another issue facing disabled fans.

Several clubs in the league have different ticket policies for disabled supporters, with restrictions that do not apply to non-disabled fans.

Casserley, an expert in discrimination law, says the majority of the football-related cases she has worked on involve ticket policies, but that fans are often reluctant to take action.

“I think football clubs are in a privileged position in that they probably rely on the loyalty of their supporters in not bringing claims,” she said.

“I have to say that the people that I’ve seen really have come to me at the end of their tether because they really don’t want to bring claims against their clubs but they want the same experience as non-disabled fans. Why shouldn’t they have that?”

Cook, however, thinks more football fans are willing to act.

“Disabled fans got a real taste of what is possible during the London Paralympics and they realise they’re getting a really raw deal,” she said.

“There’s always an argument about new and and old stadiums, but, quite frankly, you can pretty much make any stadium accessible if you have the intention, some smart design and clear thinking.

“It’s time we all come together and really put this right once and for all.” 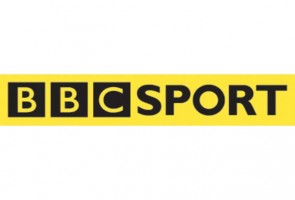