Blackpool Supporters Trust: Oyston should step down as chairman

Blackpool Supporters Trust have again called on Karl Oyston to stand down as chairman after he was hit with FA charges yesterday.

Rowland said: “We are pleased to hear Mr Oyston’s actions are being taken seriously by the FA. We again call for Karl Oyston to step down as chairman of Blackpool FC.

“We don’t feel he is suitable to continue as the chairman of the town’s football club, with all the responsibility which comes with it.”

Rowland also suggested a fitting response the chairman may make to the FA charge.

“The first thing we’d like is a much more sincere apology from the chairman,” added Rowland.

“Also, if anything good can come of this, we’d like to see the facilities improved at Bloomfield Road for disabled people.

“The feedback we get is that match day isn’t a great experience for people with disabilities, and in light of these charges it would be a good gesture if they were improved.”

From the Blackpool Gazette 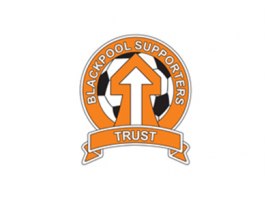