Level Playing Field was saddened to hear of the passing of Brian Lomax, a pioneer of the supporter trust movement in Britain who founded the first supporters trust at Northampton Town in 1992.

Brian was also instrumental in establishing Supporters Direct, the umbrella organisation that represents all supporter trusts in Britain.

Joyce Cook OBE, Chair of Level Playing Field, said, “It is with sadness that we learned of Brian’s passing, and we wish to extend our condolences to his friends and family at this sad time. Brian was a key figure in the football supporters’ movement who passionately believed in the role supporters can play in the running of their football clubs. He will sadly be missed but has left a lasting legacy.” 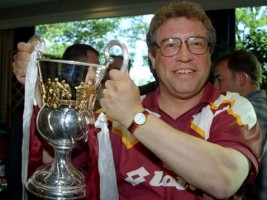