A campaign has been started to highlight the lack of fully accessible stations on the London Underground network.

Bridge The Gap are showing how just 77 Tube and Docklands Light Railway (DLR) stations are fully accessible out of the 270 stops on the network, a figure of just 28%. The campaign aims to build awareness of the problems faced by the 1.4 million disabled people in London when using the capital’s iconic underground system, and have produced a startling map of the network with only the fully accessible stations shown.

Disabled sports fans also face a rough deal with the nearest stations to a majority of London’s sports stadia not being fully accessible. Presently not one Premier League football ground is serviced by a fully accessible Tube station nearby, nor are the 2 major London cricket venues Lords and The Oval. Twickenham stadium, the home of English rugby, is not serviced by a Tube stop however the closest National Rail station Twickenham Station is accessible. 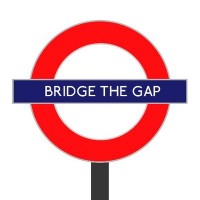