A reception at City Hall on 9 December 2014 celebrated the progress in mainstreaming inclusive design into the education of built environment professionals during the first year of the project.

Watch the short film “Access and Inclusivity in Queen Elizabeth Park” produced by the London Legacy Development Corporation and shown during the reception. This film illustrates best practice in inclusive design in the Queen Elizabeth Park. The film is subtitled. 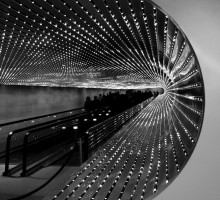