This week is the UK’s Crohn’s and Colitis awareness week. These are invisible disabilities that affect over 300,000 people.

For over 300,000 one of the most important aspects when out and about is the availability of a toilet they feel they can use. It is very important for sporting venues to recognise that not every disability is visible.

Crohn’s and Colitis UK ran a campaign over summer ‘Not Every Disability is Visible’, which called on a range of venues to install signage on accessible toilets. The effects this had:

• 86% of people felt that they, or someone they knew, would feel more comfortable using accessible toilets knowing that the signage Not Every Disability is Visible is installed

• Seeing the Not Every Disability is Visible toilet signs made people with Crohn’s or Colitis feel empowered, at ease and relieved

A spokesperson from Crohn’s & Colitis UK said “Thousands of people living with Crohn’s or Colitis have faced stigma and discrimination just for trying to access the accessible toilet facilities they need. This is unacceptable and has to change. This is why we have been calling on businesses to install new accessible toilet signage helping raise awareness that Not Every Disability is Visible. It’s a small sign, that will make a big difference.”

NRAC Auditor and Access and Development Officer Nicky Baker said on behalf of Level Playing Field “We believe that spectators have a right to dignity and respect, especially when using toilet facilities, at sports venues.” 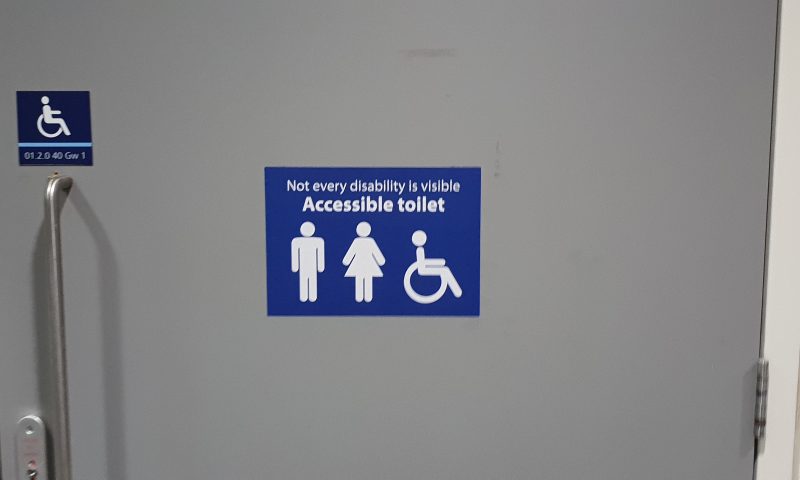