The Crown Prosecution Service (CPS) has reported an increase in hate crimes towards disabled people in their 2015/16 Hate Crime Report.

For more information about reporting disability discrimination and hate abuse or indeed any other forms of discrimination, please contact info@levelplayingfield.org.uk or call us on 0208 621 2403.

Other organisations you can contact to report discriminatory abuse and hate crime: 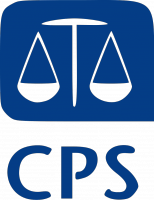