Twelve portable loos for disabled Commonwealth Games fans going to Hampden Park have been destroyed in a deliberate fire. The portable toilets, worth £50,000, were completely destroyed after being targeted at around Thursday.

Fire crews were called to the scene of the blaze on Prospecthill Road, Toryglen, at around 5am.

Officers investigating the wilful fireraising incident say “mindless individuals” were responsible for the “sickening” act. Alternative arrangements will now have to be put in place for fans travelling to watch the athletics at Hampden.

An investigation has now been launched an police are appealing for witnesses to come forward. Detective constable David Hardie, at Glasgow City Centre CID, said: “The portable loos were placed there for disabled guests who were attending the Commonwealth Games at Hampden. “Alternative arrangements will now have to be put in place. It is sickening that mindless individuals carry out this sort of crime with no regard for the consequences. I would appeal to anyone who was in the area and saw anyone at or near the portable loos to come forward. I know that the area was relatively busy for that time of morning with people going to 24 hour ASDA. Also, the fire would have been seen by drivers travelling on Prospecthill Road.”

“Any person with information regarding this fireraising is asked to telephone the CID at Glasgow City Centre on the non emergency telephone number 101.”Article originally appeared at http://news.stv.tv/scotland/284618-portaloos-for-disabled-games-fans-deliberately-set-on-fire-hampden/ 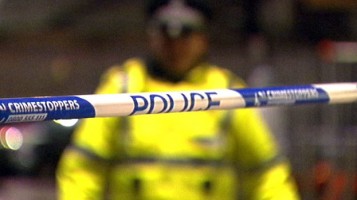