Equality watchdog has contradicted the Premier League over its access claims in an article written by John Pring for Disability News Service.

Football’s Premier League has been criticised by disabled fans and the equality watchdog after defending clubs that have failed to provide enough wheelchair-accessible spaces in their grounds.

Surveys have found that most Premier League grounds are falling far short of the recommended level of wheelchair-accessible spaces, with some of the richest clubs – including Chelsea, Manchester United and Liverpool – among the worst-performers.

The Equality and Human Rights Commission hinted this week that legal action against Premier League clubs was a possibility if they failed to act.

The commission spoke out after Richard Scudamore, chief executive of the Premier League, told the BBC that there were “practical reasons” why some clubs could not provide more spaces for wheelchair-users.

He said it was a “very difficult thing to do physically” in some stadia, while there were challenges with the “emotiveness of moving season ticket holders who have had their season tickets for ever”, while for clubs like Tottenham, which is building a new stadium, there were “practical difficulties in doing it immediately”.

He also wrongly suggested that the Equality Act – which outlaws discrimination against disabled people and other groups – only applies to new sports stadia.

Scudamore admitted that progress on providing more wheelchair spaces was “disappointing” and that clubs “do need to do the work and we do need to do it as quickly as we can to bring ourselves up to the standard”.

He also claimed that the Premier League was “working with EHRC [the Equality and Human Rights Commission] and have been for some time, looking at the actual detail and the facts on this”.

But when Disability News Service approached EHRC, Lord [Chris] Holmes, its disability commissioner, said the watchdog was “very disappointed” with the progress made by the Premier League.

He said: “We have had discussions with the Premier League, but we are very disappointed that progress to date has been slow.

“We hope Premier League clubs will now redouble their efforts to make football a truly inclusive experience for all.”

He said that clubs had a legal duty under the Equality Act to ensure “reasonable adjustment for disabled fans”.

He added: “It’s outrageous that we can have one of the richest leagues in the word and yet, far too often, when it comes to trying to buy tickets to have a match day experience, the beautiful game can be an ugly experience if you are a disabled spectator.

“While our preference is always to work with parties to avoid costly legal proceedings, all options remain on the table, because disabled fans deserve better.”

In February, Lord Holmes said that Premier League football clubs would be guilty of a “scandalous” failure if they did not use some of a multi-billion pound TV rights windfall to improve access at their grounds.

Joyce Cook, Chair of the user-led Level Playing Field (LPF), which represents disabled sports fans, said it was “worrying to hear the Premier League seeming to defend some of its clubs”, although she said LPF was “encouraged” by some of Scudamore’s comments, and welcomed any progress that had been made.

Cook said it was vital to stress that the Equality Act did not just apply to new stadia, but to older grounds as well.

Only last week, LPF criticised the equality organisation Kick It Out for awarding its Advanced Equality Standard to Chelsea Football Club, even though it only has 127 spaces for wheelchair-users out of a capacity of about 42,000, far below the recommended level of 214 wheelchair-accessible spaces.

Cook said: “It is important to remember that football clubs, like all service-providers in this country, have had more than a decade to meet their legal obligations (in line with the Equality Act and the previous Disability Discrimination Act).

“This legislation required that physical barriers be removed as far back as 2004, to ensure that venues are fit for purpose and fully accessible to disabled people.

“The law on this matter is very clear and it applies to both new and existing venues, including football stadiums.

“There are many public venues that are old or even listed buildings in the UK and that has not stopped their owners from making the necessary access improvements.

“For Premier League football clubs, funding is certainly not an issue and fellow fans groups have told us that their (non-disabled) members would not object to being moved to accommodate disabled fans.

“There can be no more excuses. We will continue to push for more rapid progress than we have seen so far. Disabled fans have waited long enough. It is quite simply time!”

Meanwhile, the prospect of new legislation forcing clubs to meet existing guidance on wheelchair spaces moved a step closer this week, when the Labour peer Lord Faulkner, an LPF vice-president, who is putting forward an accessible sports grounds bill, came fourth in a ballot to decide which peers will be given priority in introducing their private members’ bills in the current session of parliament.

To read recent stories in the Daily Telegraph, Sunday Observer and the Disability News Service, please see the links below: 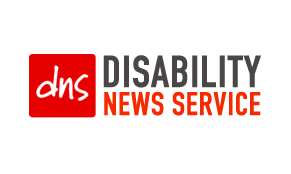