Premier League giants Chelsea and Manchester United are facing the threat of legal action after leading clubs were told they should “hang their heads in shame” at breaking a collective promise to meet minimum standards for disabled fans.

An exclusive Telegraph investigation can now reveal almost half of all Premier League clubs do not meet guidelines set out in the Accessible Stadia Guide, despite a joint announcement more than two years ago that committed them to reaching that standard by August 2017. The pledge was made after The Telegraph exposed how only three clubs were meeting basic ­recommendations which dated back to 1998, as well as a stark government warning that there could be “no ­excuses” for inaction.

“People who believed in the clarity of the pledge in 2015 will feel they have been kicked in the teeth,” Lord Holmes, a Conservative peer and the winner of nine Paralympic gold medals, said. “They made a clear and unequivocal commitment and this is a miserable result. The Premier League shows what we can do at our best in sport and it is an extraordinary stain running through it that we are only about 50 per cent there in terms of basic accessibility.”

The Equality and Human Rights Commission is investigating potentially unlawful and discriminatory practices but says that it is being slowed in its inquiries by the lack of clarity from unnamed clubs.

“This has delayed our final report as we review the new evidence and which of our enforcement powers we should use,” Rebecca Hilsenrath, the EHRC chief executive, said. “It is clear a significant number of clubs have failed to meet the Premier League’s own pledge deadline. While some have made progress and taken the bit between their teeth, others have shown a worrying lack of interest in taking this seriously, neglecting the needs of their disabled supporters.”

Chelsea intend to be fully compliant when they rebuild the stadium CREDIT: TIM IRELAND/AP

Architects have estimated that the pledge would have cost only £7.2 million to fulfil in its most basic form. To put that in perspective, the clubs collectively spent £1.4 billion on players this summer. The Premier League says that building challenges, rather than cost, is the main obstacle but campaigners point to the clubs’ own evident ­belief two years ago it could be done, as well as the impressive ­progress made at some stadiums.

There is also a feeling the Premier League rule book sends the wrong message. In it, there are just 11 words that relate to “sufficient and adequate” facilities for disabled supporters. By contrast, stadium requirements in other areas are outlined in precise detail, including 23 lines about giant screens, three pages on floodlights and even 14 lines about the working conditions of the away club’s video analyst.

“It is about attitude, values, culture and approach,” said Lord Holmes. “There has been very positive action by some Premier League clubs and some incredible actions by clubs like Wrexham and Tranmere. Their intent and will to do what they can should leave those Premier League clubs who failed to hang their heads in shame.”

Chelsea and Manchester United are under most scrutiny, with the EHRC assessing clubs according to the Equality Act of 2010 that ­requires all service providers to make “reasonable adjustments”. Watford, Everton, Newcastle United, Bournemouth and Crystal Palace are also being monitored.

The EHRC’s enforcement powers include formal investigations, legal proceedings or to enter into legally binding agreements. Eleven clubs do meet the guidelines, while ­recently promoted clubs, notably Burnley and Huddersfield, have been given additional time.

Newcastle have also agreed an extra year due to being relegated, even though they were part of the original pledge.

Swansea have one of the best records in the Premier League CREDIT: GETTY IMAGES

“When the announcement came we were told August of this year and we are still waiting,” said Tony Taylor, the chairman of Level Playing Field. “We want to know from the Premier League how many clubs have met the pledge and what steps will be taken with regard to those clubs who have not. We get calls every day from disabled fans who are asking what is going on.”

Structural work at Manchester United is now complete but the new areas are not yet being made available to wheelchair users for Premier League games. A Manchester United spokesman said additional assessments were required “to ensure the safe and smooth integration of disabled and non-disabled supporters” where work had taken place. Wheelchair spaces will also now rise beyond 200 for some games as they carry out tests, including for Wednesday’s League Cup against Burton Albion.

Chelsea are continuing “to investigate opportunities to further ­improve facilities” but noted the constraints of Stamford Bridge’s “age and design”. They intend to be fully compliant when they redevelop the ground.

Both Chelsea and Manchester United say they are assisting the EHRC with its review. The Premier League is now compiling its own report and their data shows around 1,000 wheelchair bays have been added in the last two years – an ­increase of around 50 per cent.

“Premier League clubs have delivered a substantial programme of work to improve their disabled access provisions,” said a spokesman. 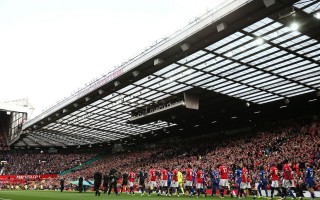