Newport Gwent Dragons Rodney Parade Stadium has made significant steps towards better access and inclusion for wheelchair users due to the endeavours of determined supporter Steve Parrish, who attends games with his son Karl who has celebral palsy.

After watching a match in the North Terrace Stand in torrential conditions, Mr Parrish was denied buying a season ticket in the more hospitable Bisley Stand with the club saying they would be unable to accomodate Karl, which led to Mr Parrish complaining to the club.

In response to this, Newport Gwent Dragons have began constructing an elevated viewing area for wheelchair users in the North Terrace, and have looked at how to make Bisley Stand more accessible in the future. 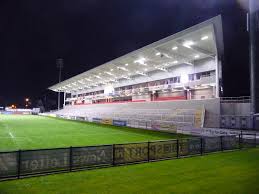