FC United of Manchester launched their Disabled Supporters Association (DSA) prior to their home game with Leamington on 2nd September.

Ruth and Kieran also gave an interview for the club online TV channel which can be viewed here.

The club also hosted the FC United disability team football team who participated in a game on the club’s 3G pitch. At half-time of the match versus Leamington a number of players from the disability team took part in a penalty shoot-out on the pitch.

Visiting Leamington FC supporters donated the proceeds from a bucket collection to FC United who kindly donated to Level Playing Field. We would like to thank both Leamington FC and FC United for their support.

Roy Williamson, a club member who helped organise the event said “We can’t thank Ruth and Kieran enough for taking time to attend our launch and for their help beforehand. We certainly made use of them whilst they were at the ground and we hope we can work closely with LPF in the future. This is a beginning for us and we have a lot to learn but our wish is to enhance the match going experience of our disabled supporters and to encourage others to come along to FC United in the future”.

LPF General Manager, Ruth Hopkins said “Kieran and I were delighted to attend the DSA launch day and look forward to continuing to work with FC United in the future. It is encouraging to see a non-league side making such good progress for its disabled fans and we are sure this will send out a positive message to all clubs. LPF has a long standing relationship with FC United and we have always been struck by their positive approach to accessibility and inclusion. Thank you for the kind donation which will be put to good use as we continue to promote good access and inclusion for all fans”. 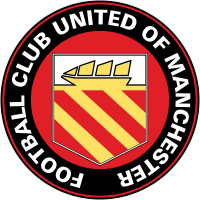