Albion in the Community, Brighton & Hove Albion’s charitable arm, has confirmed that its chief executive Gary Townsend, collapsed and died following an early morning run while on holiday with his partner, Hannah, in Spain earlier today. Mr Townsend was 43 years of age.

Martin Perry, chairman of Albion in the Community and executive director of the football club said, “We are all shocked and deeply saddened by the news of Gary’s sudden and untimely passing. Gary has been with us since 2013, occupying numerous senior roles. Gary was a hard working, effective, and extremely popular leader of our charity.

“In addition to his day-to-day work for AITC, Gary has raised many tens of thousands of pounds for our charity, not least in support of Jadey’s dream, a fundraising campaign to provide support for more disabled people to participate in sport.   “On behalf of the Albion in the Community’s trustees, Tony Bloom, the football club’s chairman, its board, and all of our staff, we extend our deepest sympathy and condolences to Gary’s partner, his family, and friends at this incredibly sad and difficult time for them”. 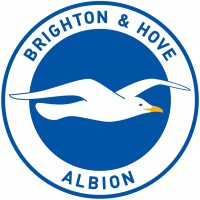