The government has responded to the 5 written questions put to parliament by Lord Faulkner which appeared on the House of Lords order paper on 12th July 2016.

Q) Lord Faulkner of Worcester to ask Her Majesty’s Government whether they have yet received a report from the Premier League on progress towards the implementation of accessible stadia guidelines by August 2017.   HL1121

A) Lord Ashton of Hyde:  Ministers expect to receive the report from the Premier League on progress by their clubs to implement the Accessible Stadia guidelines shortly. Ministers meet the football authorities regularly to discuss a variety of matters, including accessibility.

Q) Lord Faulkner of Worcester to ask Her Majesty’s Government what discussions they have had with the Premier League and the Football League about meeting disabled access guidelines at football grounds.   HL1122

Q) Lord Faulkner of Worcester to ask Her Majesty’s Government what discussions they have had with the governing bodies of sports other than football about meeting disabled access guidelines at sports stadia.    HL1123

A) Lord Ashton of Hyde: Ministerial meetings have taken place with the Rugby Football Union and at official level with the Rugby Union Premier League on accessibility. Ministers are aware that there is both good and bad practice on stadium accessibility across a range of other sports. Ministers expect all sports, and all clubs, whose grounds do not make the reasonable adjustments to accommodate disabled spectators as set out in the Equality Act 2010 to take action to fulfil this legal obligation.

Q) Lord Faulkner of Worcester to ask Her Majesty’s Government what plans they have for revising the terms of reference for the Sports Grounds Safety Authority to ensure that they encompass disabled access requirements at licensed sports stadia.    HL1124

A) Lord Ashton of Hyde: As set out in our Sports Strategy, we will enable the Sports Grounds Safety Authority to take on a more formal role in helping sports grounds reach the required standards for accessibility. We are currently in discussions with the SGSA on what role they will play in delivering accessible sports grounds. 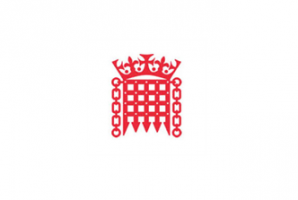