Hartlepool United Disabled Supporters’ Association (DSA) were celebrating over the weekend after being given the prestigious Queen’s Award for Voluntary Service.

The DSA have represented the Hartlepool United’s disabled fanbase for over 17 years and organises a range of activities and events including a weekly disco for local children and they also provide short break and respite breaks at holiday caravans.

Neil Appleyard and Darran Hutchinson were invited to a special garden party at Buckingham Palace last week to celebrate their honour which was officially revealed on Saturday.

“We knew that the award had been applied for but we never thought in a million years that we’d get it so it’s just been a massive shock.”

“I think it’s recognition for all the things that are going on in the town in general, not just HUDSA – when I see things for vulnerable people we’re streets ahead of any other town I know.”

“It was an amazing experience to walk through Buckingham Palace last Thursday; the gardens are fantastic and there were so many lovely people, it was just wonderful.”

There is also an article in the Hartlepool Mail here.

The Level Playing Field team would like to congratulate Hartlepool United Disabled Supporters Association for their success. 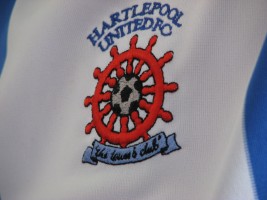