Hartlepool Pie and Peas. A DSA story built on community

“I keep going to the games because they're my club, I’m definitely not going for glamorous conditions" - Rebeca Richards Hartlepool Town supporter
Football

A DSA built story on community

Hartlepool is a town that has had a history of taking a whack or two. In 1315, a Scottish army under Sir James Douglas attacked, captured and looted the town before the Scottish once again occupied the town during the English Civil War.

During the First World War, the town was subjected to naval bombardment. During one such attack, Hartlepool was hit with a total of 1150 shells!

During the Second World War, the town was again targeted, but this time from the skies, with Nazi German bombers raiding the town 43 times during the 6-year war.

It’s not only bombs that have shaken the city. Hartlepool has also seen its industry decline over the years with shipyards and steelwork closures leaving the town reeling, and then in 2018 its beloved football team, Hartlepool United came within a few weeks of being out of existence.

The football club has become the beating heart of this battered community. Football brings more people, more regularly, to Hartlepool than anything else in the city so when the news of the club going into administration arose, it brought the community together. Supporters, local business and a certain Mr Jeff Stelling saved the club from going under.

“My daughter has muscular dystrophy, and if you want to sit in the wheelchair user spaces you can only attend a game at the start of the season or towards the end, you are so exposed to the elements. With the ground being so close to the sea the wind can whip in, and that’s why events like tonight are so important to raise money and to try and improve the ground”. – Phil Dunn – Hartlepool Supporter

With the smell of fresh pies in the air, The Hartlepool DSA, chaired by Stuart Appleyard and his committee, have arranged a night of food, drink and laughter. With around 50 people in attendance, they have all dug deep to buy a ticket to tonight’s events all in support of thier DSA.

With their ticket money, they have been treated to a Hartlepool classic culinary delight, Pie and Peas as well as a guest speaker in Hull City’s legend, Dean Windass.

Liam O’Keefe is a disabled match day goer and while tucking into his pie he explains how past support from his DSA, and the Hartlepool community has benefited him attending games home and away.

“I was struggling to get down to Victoria Park, the DSA found out about my issues and now they have arranged transport for me to attend games by hooking me up with my fellow supports and now I’m getting lifts to and from the stadium. Now I’ve built up a network of people so now I can attend home and away games, 12 months ago we nearly didn’t have a club so the fact we are doing something like this is a testament to the support that all sections of the club have “.

With the beer flowing and the laughter in the room rising with footballing stories from Dean Windass, Rebeca Richards explains the stark reality of why tonight’s event to raise money for access improvements at Victoria Park is so important.

“I’ve been going to watch Hartlepool since I was 10, I’m now 26 and not much has changed, I’m still getting wet!”

Rebeca is hoping that the money raised from tonight’s event can help her have a better match day experience.

“With the money, we are trying to raise tonight, I hope they can put in some raised wheelchair user spaces as well as some cover because in some spots in the ground, if you are sat in a wheelchair user space, once the ball has gone past the halfway line you can’t really see anything!”

With the fortunes on and off the pitch suffering in recent times the support on the terraces has been vital for this club’s survival. A survival that has been brought about by the community spirit that has served them well historically thoughout the years.

A big part of that community has been disabled supporters who have had to suffer the elements to enjoy the beautiful game that they have fought so hard to keep. More events like tonight will go a long way to return that support with better improvements to its facilities that will bring about more disabled supporters that will help Hartlepool United and the town of Hartlepool to continue to do what it does best, keep on fighting.

If you are interested in supporting or knowing more about Hartlepool DSA then please get in contact with Stuart Appleyard – neilappleyard@hotmail.com.

If you would like to know if there is a DSA at your football club then please visit the Level Playing Field Website (Link) or contact Fans Liaison Officer – Liam Bird liam@levelplayingfield.org.uk 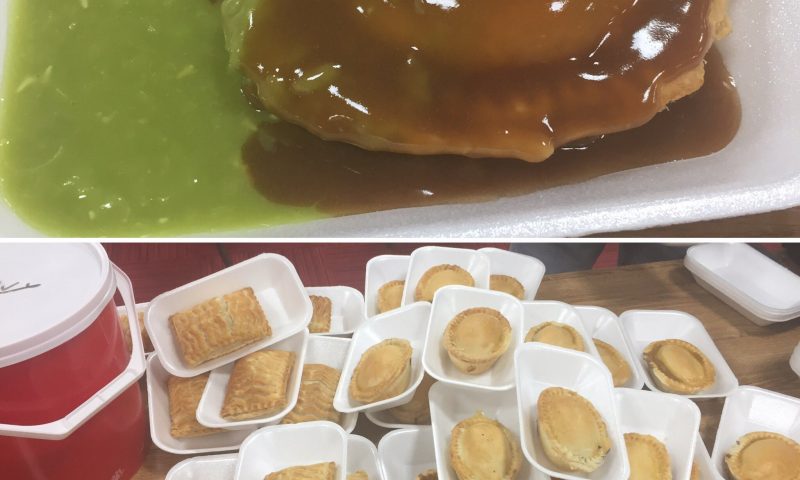