On the 4th December 2014 Lord Moynihan initiated a parliamentary debate on Sports Governance in the House of Lords, and the issue of disability access to sports grounds for supporters was a key theme in the debate with notable contributions from both Level Playing Field Vice-President Lord Faulkner and Baroness Grey-Thompson.

The debate is available on Parliament TV with speeches Lord Moynihan speaking at 14.39, Baroness Grey-Thompson at 15.05 pm, Lord Holmes at 15.35 Lord Faulkner at 15.52 and Lord Gardiner, Lords Spokesperson’s (Department for Culture, Media and Sport) reply at 16.22.

Below you can read a selection of relevant excerpts from Lord Moynihan, Baroness Grey-Thompson, Lord Faulkner & Lord Gardiner during their speeches to the House. Full Hansard transcript of the Sports Governance debate.

…’In that context, I believe that we need to promote the interests of supporters and spectators. Supporters should have seats on the boards of their football clubs, thus ending years of disfranchisement. We should strengthen the opportunities for disabled access to sporting venues, in line with the guidelines of the International Paralympic Committee.’…

…’I would also like to see those who host major events take disability access as seriously as LOCOG did in 2012. I am delighted that the noble Lord, Lord Holmes, is in his place and commends his work. At the Games, I was actually able to sit with my family and had a line of sight, which, if you are a wheelchair user, is not as common as you would expect. I also commend the work of Level Playing Field, which does excellent work in this area to highlight the lack of accessibility within Premiership football clubs.’…

…’At the Equality and Human Rights Commission, I am leading a £2 million piece of work on sport inclusion. We are going across football, rugby and cricket to cover the most ground in the shortest space of time, and are looking to drive up participation for girls and women and people from black and minority-ethnic backgrounds and to increase access to sporting stadia across the country, about which I know the noble Lord, Lord Faulkner, will say more later.’…

…’In my last two minutes I will speak about an issue that a number of noble Lords have referred to: the way that disabled supporters are treated at far too many of our football stadiums. Here I declare an unpaid interest as vice-president of Level Playing Field. In April, the then Minister for Disabled People wrote to all professional clubs and said that the provision of disabled access was “woefully inadequate”, with only three clubs in the Premier League—as we have heard, the richest league in the world—complying with the accessible stadia guidelines for the number of spaces for supporters in wheelchairs. Perhaps the worst example is the richest club of all, Manchester United, which offers only 120 wheelchair-user places in a 76,000-seat stadium. There are none in the family stand and disabled fans are denied the opportunity to buy season tickets. The accessible stadia guidelines say that there should be at least 282 spaces. I will just comment on the excellent evidence that the noble Baroness, Lady Brady, gave to the Select Committee on the Olympic legacy. The whole committee was very impressed by her commitment that when West Ham takes over the Olympic stadium it will comply fully with all the accessible stadia guidelines. We look forward to that.

Very briefly, I have three practical solutions for the Minister that would deal with the problem. Two of these can follow quite easily, thanks to the Government’s very welcome decision to reprieve the Sports Grounds Safety Authority. It was facing abolition but it has now been guaranteed a long-term life. This is the body that, in conjunction with Level Playing Field, should, in my view, be encouraged to conduct an audit of disabled access at all professional football grounds. Level Playing Field has been asked by the rugby league trust to do the same sort of job. This will provide the sort of information that will demonstrate the scale of the work that needs to be done.

The second thing that the Sports Grounds Safety Authority should do is to be instructed by Ministers not to grant licences to professional football club stadia that do not meet the accessible stadia guidelines. This has to be enshrined in legislation or regulation. The voluntary approach has not worked and compulsion is necessary. Thirdly, I would invite the Minister to take seriously the suggestion by his noble friend Lord Holmes of Richmond that the Equality and Human Rights Commission should address these issues. If we were to have one high-profile prosecution of a rich and famous club for failing to meet its requirements under the Act on equality grounds, that would focus minds very much indeed.’…

…’I am particularly mindful of what the noble Lord, Lord Pendry, and my noble friend Lord Moynihan said about playing fields. The Department for Culture, Media and Sport and the Department for Work and Pensions are jointly considering access to sports venues for disabled people. The Secretary of State for Culture, Media and Sport recently approved a £1.9 million programme to be undertaken by the Equality and Human Rights Commission to increase access. I am delighted that my noble friend Lord Holmes of Richmond is closely involved with this. A joint DCMS and Department for Work and Pensions survey will be launched this month to ask disabled sports fans about their experience visiting stadia, and the evidence from the survey will help to inform future priorities and analyse the performance of professional Football League clubs.

My noble friend Lord Holmes of Richmond spoke about inclusion. The Minister for Sport has pledged to raise inclusion and accessibility for spectators with disabilities with relevant organisations in the course of her regular meetings. The noble Lord, Lord Faulkner, spoke powerfully about accessibility, and I know that the Minister of Sport is looking forward to meeting the noble Lord tomorrow to discuss those matters.

The Sports Grounds Safety Authority is also working with the disability access charity, Level Playing Field, on a proposed revision of the accessible stadia guidance to ensure that it is relevant, up to date and shows best practice. The Sports Grounds Safety Authority maintains spectator safety at football matches. We have explored whether there is a legal basis for including disabled access into its regime, but unfortunately legal advice confirms that that is not part of its statutory remit.

It is probably best if I write to the noble Lord, Lord Faulkner, about some of the points he raised, but I assure him that all the points about equality and access are being considered very strongly. I know that we all agree that football clubs must address that much more rigorously than they have to date. I am very mindful of our exchanges in this House about many football clubs which ought to be doing better.’… 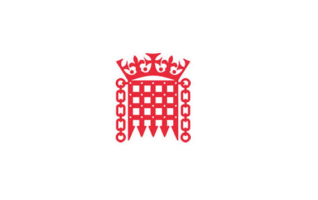