On Wednesday 15th March, Baroness Deech tabled a question to the House of Lords on what plans the Government had to improve disabled access to public premises.

“My Lords, is the Minister aware that a significant number of Premier League football clubs will fail to honour the commitment that they gave in 2015 to make all their stadia disabled accessible by August 2017? Will he remind them that Section 20 of the 2010 Act is not an option but is mandatory? Will the Government empower the Sports Grounds Safety Authority to enforce the law and make sure that accessible stadia guidelines are observed?”

“My Lords, the noble Lord is absolutely right and I know that he has raised this issue many times before. Some are of course stepping up to the plate and some are not. Some are partly there. I mention my own club, Leicester City, which I hope will do a bit more but is already part of the way there. I take the point seriously. I will write to him on his second point about enforcement because I am not sure where we are on that, but I agree that we need to keep their feet to the fire to make sure that they are performing.” 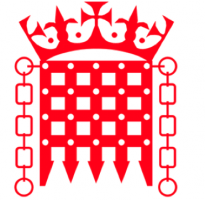