Level Playing Field is disappointed by reports of yet another football related incident where derogatory disability language seems to have been used. A large section of West Ham fans were filmed chanting ‘Harry Kane talks like a mong and plays like one too’! The word ‘mong’ is a deeply offensive term, used to refer to learning disabled people and it has no place in our game.

Level Playing Field welcomes the FA investigation now underway following a public complaint from ex-player Kevin Kilbane who has a daughter with a learning disability. According to Kilbane, during the game they sang that “Harry Kane talks like a mong and plays like one too”, using a derogatory term for people with learning disabilities.

“I am sure they understand they are causing offence,” said Kilbane. “You cannot sweep it under the carpet and label it as ignorance. It is visible and clear and, like racist or homophobic chanting, it is intended to cause offence. I want to be able to take my kids to football matches and when Elsie gets older she will understand about her condition and I would not want her to hear that kind of chanting. If her sister Isla heard it, she would be devastated too, as my friend’s sons were.

“I spoke to him and he was extremely upset and I felt I had to report it. No family should have to put up with it at football matches.

“It is also extremely offensive towards Harry Kane, who is only a young lad, starting out in the game and who does not deserve that kind of disgusting abuse just because he is a footballer.”

“This is a wider society problem, not just a problem with football, and idiots are using football as a tool to show their ignorance and discrimination.

“I have spoken to The FA and they have assured me they will investigate it thoroughly. In all my time playing and watching football I have never heard this before. Hopefully we can do something to make sure it isn’t heard again and this awful chant does not spread.”

This latest incident follows complaints at the start of the year of derogatory disability language allegedly being used on two separate occasions by Blackpool Chairman and Football League board member, Karl Oyston. News is awaited on the findings of this FA investigation. 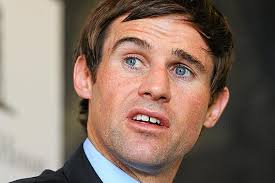