On 1 June 2022, Level Playing Field (LPF) wrote to UEFA stating its anger and disappointment regarding the misuse of wheelchair user spaces at the Champions League Final in Paris on 28 May 2022.

The charity also raised shock and concern regarding the mistreatment of disabled fans, who were petrified and feared for their own wellbeing and safety whilst being corralled in a dangerous manner.

Sadly, LPF has had no direct response of any kind from UEFA. However, separately UEFA announced that Dr Tiago Brandao Rodrigues would lead a UEFA independent review.

In its response to this review, Level Playing Field requested that it be expanded to include the below questions:

LPF emphasised that disabled voices must be part of any review, given that lived experience is the best contributor to reform.

On Friday, 1 July 2022, UEFA and Dr Rodrigues announced his panel and list of experts that he and the panel will be speaking to. Once again, disability seems to have been forgotten or, at worst, disregarded.

Once again, UEFA proudly showcased their #EqualGame campaign – sadly we feel this should have been qualified with the term “unless you are a disabled fan”.

Disabled sports fans are sick and tired with their matchday experience being an afterthought and grossly under prioritised.

Watching football is a national past time for all, and there have to be clear obligations in place to prevent discrimination and to promote inclusion. Regrettably, LPF is aware of disability discrimination taking place with frequency just as it did at the Champions League final. Level Playing Field is demanding real change; it is time for accountability and positive action and governments, governing bodies, clubs and other stakeholders can no longer simply pay lip services to the human rights of disabled supporters.

Closer to home, On 30 June 2022, Level Playing Field Chair Tony Taylor wrote to the UK government, raising our concerns and seeking their response and action on how disabled supporters were treated at the final and moving forward.

You can read Tony’s letter in full here.

“I met with Minister Oudéa-Castéramet earlier this month and we will continue to work closely with the relevant authorities and Liverpool FC, noting the specific issues you have raised with regards to disabled access”

You can read the government’s full response here.

Level Playing Field is continuing to press UEFA for answers and to seek a commitment from UEFA to acknowledge the need for disabled representation to be included in the review process. 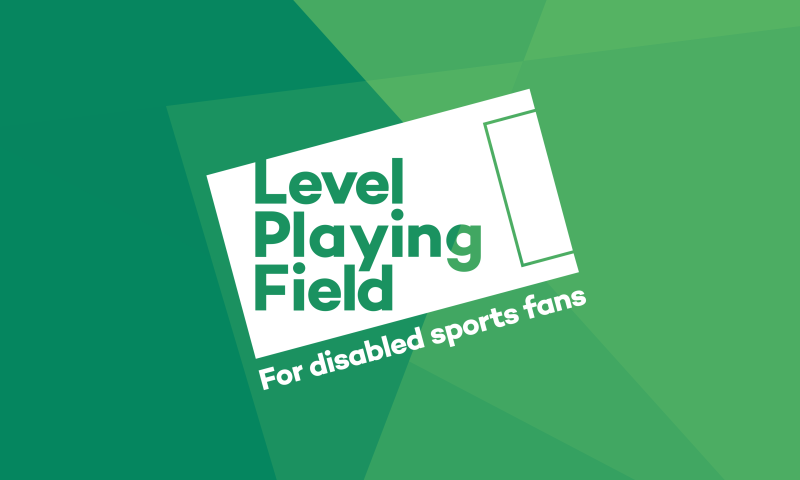