Level Playing Field would like to express concern and disappointment over the statement issued by a Premier League football club earlier this month which states that it will not be meeting the Premier League pledge to achieve Accessible Stadia minimum standards by August 2017.

The club has suggested that it has consulted with its own disabled supporters and is now implementing a staged increase in the number of wheelchair user spaces based solely on demand.

“An over simplified supply and demand argument is simply inappropriate. We have to question why a Premier League club is not selling out its wheelchair user spaces when there are waiting lists for tickets at so many other clubs. It may well be that accessing tickets might be more difficult for disabled supporters or that the overall match day experience is lacking for disabled people”.

“The Accessible Stadia and Green Guide has been in place for over twenty years and clubs have had plenty of time to meet the minimum numbers set by football clubs themselves. The clubs have made significant revenue in that time from the seats occupying the spaces wheelchair users should have been able to occupy. “

“As an organisation representing disabled people, we know only too well that many disabled football fans are regularly disappointed by their matchday experience – inaccessible websites and lack of information, shortage of wheelchair user spaces, transport and parking problems, insufficient easy access seats for ambulant disabled people, a lack of adequate audio descriptive commentary for blind and partially sighted fans and all too often as an away fan, having to sit among the home supporters”.

The Premier League pledged in August 2015 that within two years all its clubs would meet the minimum standards set out in Accessible Stadia. With less than a year to go Level Playing Field are very disappointed to see individual clubs reneging on this commitment.

Accessible Stadia: The Accessible Stadia guide was published in 2003 and sets out the minimum standards for delivering accessible facilities that is required of sports venues. https://www.levelplayingfield.org.uk/sites/default/files/contentfiles/accessible_stadia.pdf

Premier League Accessibility Pledge: The Premier League pledged in August 2015 that all of its member clubs would fully comply with Accessible Stadia minimum standards by August 2017. https://www.levelplayingfield.org.uk/news/breaking-news-premier-league-and-its-clubs-pledge-meet-accessible-stadia-standards-2017 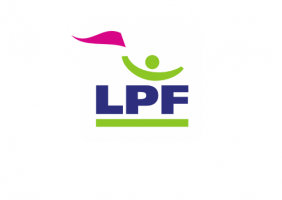