Level Playing Field issue a response to the findings of the Baroness Casey Review regarding the reckless actions that took place at Wembley before the 2021 European Championships final.

Level Playing Field is pleased to see the detailed representation of disabled fans experience in the Baroness Casey Review.

We completely condemn the reckless and abhorrent actions of the individuals who chose to put people’s lives in danger including staff and fans by breaking into Wembley Stadium.

Baroness Casey Opens her report stating: “The events of Sunday 11 July 2021 at Wembley Stadium were a “near miss’”. I am clear that we were close to fatalities and/or life-changing injuries for some, potentially many, in attendance.”

In the 21st century, we should not be reading reports such as this. Disabled people were significantly impacted by the terrible actions of the reckless ticketless people targeting accessible entrances. Over a 40-minute period, the report outlines that accessible (disabled) entrances were breached 11 times with hundreds of individuals breaking into the stadium.

Recommendation 6a states that “Particular attention should be made to ensuring those entering through gates provided for wheelchair users and other more vulnerable members of society are not endangered by the reckless actions of others.” We would expect measures to be put in place that includes physical, staffing, and operational to prevent this from ever happening again. Lessons can be learnt, and these should extend to all football and sports venues that deliver large scale events.

Tony Taylor, Chair of Level Playing Field said: “We are disgusted by the actions of individuals who chose to break into Wembley and cause chaos and put fans lives in danger. This was a coordinated attack and it’s vital that the intelligence-gathering ahead of fixtures is appropriate and acted on.

“It is important to recognise that more could have been done at this event to ensure accessible entrances weren’t targeted and breached 11 times in 40 minutes. We saw what happened at Old Trafford a few weeks earlier where an accessible entrance was targeted by ‘fans’ as a weak point, why wasn’t this considered?

“We welcome the fact that the FA have commissioned the report and have apologised for the terrible experience that many suffered. We are committed to working with the FA, Wembley Stadium, other stakeholders and disabled fans themselves, to deliver the appropriate recommendations.”

Level Playing Field is focused on being a part of the solution going forward and working with all stakeholders involved. Future events need to learn quickly from the Euro 2020 final and also to build back the confidence of disabled fans who were impacted. We urge that these measures aren’t only adopted at Wembley but at all major events.

For further information, Level Playing Field released a podcast on the Euro 2020 final which goes into detail about the event and the issues. 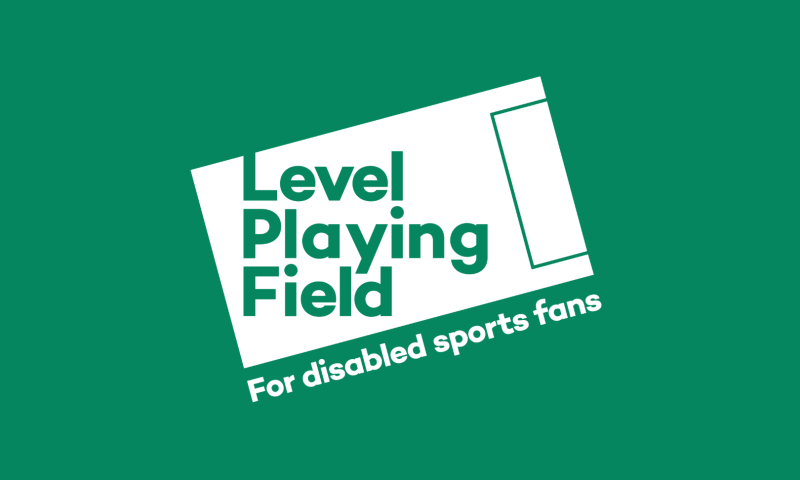