Weeks of Action activities have continued through the week with another busy weekend for LPF staff. We have been thrilled to see so many clubs, disabled supporter’s associations and community groups get behind this year’s campaign with lots of new initiatives running alongside tried and tested events. LPF staff have been pleased to show their appreciation by visiting a wide range of venues up and down the country.

In brief, some of the events that have taken place this week include:

LPF staff Owain Davies and Liam Bird were invited to the Emirates Stadium on Monday by Arsenal FC and Arsenal DSA when they met for the first “Arsenal Access Strategy” meeting.

On Tuesday morning the Midlands DSA Together networking group held a brunch in Birmingham, hosted by Birmingham City’s Accessiblues where DSA members from different Midlands clubs met in support of ~WeeksOfAction.

Swansea City DSA Committee Meeting met during the week and took the opportunity to post photo’s of themselves with LPF flags on social media.

Liverpool DSA teamed up with Cycling Projects and LPF’s Chief Executive, Owain Davies joined them for a cycle around Halewood Park. The next day he was off to AFC Wimbledon to support the launch of their new Disabled Supporters Association. On Owain’s matchday visit to AFC Wimbledon he said: “The club in recent years have shown a great amount of support for #WeeksOfAction. This year it was great to work closely with the DSA talking with fans as they arrived, promoting the association and recruiting new members. AFC Wimbledon DSA are keen to get an active group that can provide support for the club with their new stadium development. On the 28th of March the Club and the DSA are hosting a meeting and Q and A, if you are interested or would like to join as a member get in touch with the club. “

LPF Ambassador, Morgan Parry was at his home club Bolton Wanderers proudly wearing his LPF scarf, as they took on Millwall FC.

Access and Development Officer, Nicky Baker travelled to the other end of the country from last weekend and visited Tranmere Rovers and Carlisle United.

Friday night saw Tranmere Rovers take on Crewe Alexander and were victorious winning 1-0 on a wet and windy Friday night. The players warmed up in Level Playing Field t-shirts in support of our #WeeksofAction.

Young players then created a guard of honour in recognition of our #WeeksofAction.

Crawley Town dedicated their Saturday fixture against Grimsby Town to LPF Weeks of Action, players warmed up in LPF t shirts and DSA members joined the teams and the referees during the walk out.

Birmingham County FA were hosting a number of events during Weeks of Action including a Powerchair Football tournament. LPF General Manager, Ruth Hopkins was delighted to attend her first Powerchair Football event, held at Birmingham City University’s Doug Ellis Sports Centre. It was a full day tournament with 10 teams playing each other for the Sirus Midlands League Cup. In a close final game WBA Baggies beat Villa Rockets 1-0.

Ruth said, “I really enjoyed watching the games, they are fast and action packed and everyone seems to be having fun. Teams consist of men, women and youngsters all playing alongside each other, it’s very inclusive. I will definitely be following them with interest in the future”

For more information on Powerchair Football visit www.thewfa.org.uk and www.wheelpower.org.uk.

As the cold wind whips around the Bescot Stadium, even the most die-hard Walsall fans might have thought about giving this match a miss, but for Freya, Grace and Nathan this would be there first ever live game!

Attending the game with their respective families, we spoke about the fear of attending a live match but the excitement of all three about witnessing the beautiful game, for the first time. This was all made possible with the work of the Walsall Rainbow Group, who are working with local disabled people to bring about a more inclusive lifestyle for young people, who at times, can live a very lonely existence.

While up in the West Midlands, I also meet up with Steve Portman, Chairperson of AccessiBlues and Joanne McKibben’s Chairperson of AVDSA, before the “second city derby”, to discuss how footballing rivalries should be put to one side and unite for a common goal. Access for all.

Full stories on both of these meetings will be up on the Level Playing Field Website this week.

We will be covering most the events in more detail over the coming few days.

Thank you to everyone who has been involved in Weeks of Action 2019 so far, we have been overwhelmed by the support at the clubs and on social media. The campaign runs until Sunday 17th March and we are looking forward to sharing this week’s events in due course.

Weeks of Action is a period of celebration and inspiration – when we can celebrate what’s being done well for disabled sports fans and inspire clubs and organisations to improve access and inclusion.

There have been some great improvements for disabled fans but we know there is still work to be done. We will continue to work with clubs, governing bodies and disabled people themselves to provide advice and support and ensure an inclusive match day experience for everyone. 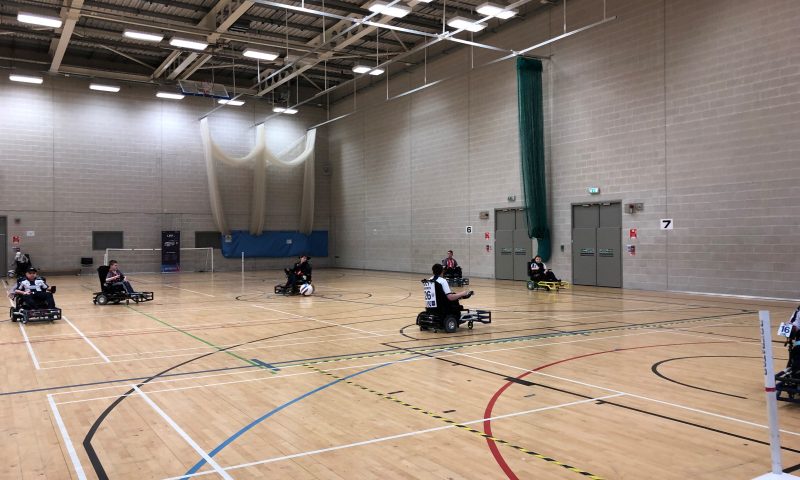