Professor Hawking was born in Oxford, United Kingdom, in 1942. He was diagnosed with motor neurone disease at the age of 21, and was told at the time by doctors that he had two years to live.

Hawking developed a reputation as one of the world’s great thinkers, a leading physicist, cosmologist and author.

Known for his great mind and sense of humour, Hawking also became an outspoken disability advocate.

Hawking was a wheelchair user, and used a communication aid he could control with his hand (and later his cheek muscles).

Whilst his impact has been most felt in the fields of science and physics, Hawking has also been a role model for many disabled people.

Speaking to the New York Times in 2011, Hawking said, “My advice to other disabled people would be, concentrate on things your disability doesn’t prevent you doing well, and don’t regret the things it interferes with. Don’t be disabled in spirit as well as physically”.

At Level Playing Field, we promote the important roles disabled people can play right across all levels of sport – from the grassroots to the boardroom. Professor Hawking was a perfect example of a disabled person who rose to the top of their profession, becoming one of the world’s most respected and admired figures.

Professor Hawking was one of twelve eminent figures who called for a global effort to protect disabled people’s rights in 1999. This in turn led to the creation of the United Nations Convention on the Rights of Disabled People.

Hawking was an extraordinarily independent and determined person. He has helped to break down countless physical and attitudinal barriers faced by disabled people in society, and took great pride in disproving many stereotypes.

Professor Hawking famously said, “Intelligence is the ability to adapt to change”. He understood more than most the impact that disabled people can have on society.

LPF honours and celebrates the life of Professor Stephen Hawking, who passed away on 14 March at the age of 76.

Above article adapted from similar by CAFE. 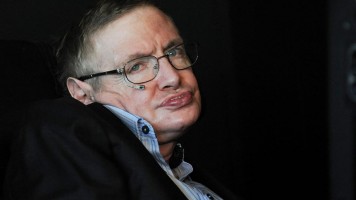