February is the Football v Homophobia month of action, celebrating diversity in football and uniting supporters, players, clubs and others across the game to take a stand against discrimination.

Organised around the birthday of the late Justin Fashanu, the UK’s first openly gay male professional footballer, the Month of Action calls on football to take visible steps to tackle homophobia, biphobia and transphobia in the game.

“We are delighted to be holding this year’s launch at White Hart Lane. Tottenham Hotspur’s support for the Campaign last February had a global impact. It showed how the support of big clubs can reach not only into their own communities, but can also send out a message of inclusion across the game and around the world”.

Level Playing Field General Manager, Ruth Hopkins said, “LPF is proud to support the Football v Homophobia month of action, and we wish them the very best for a successful campaign. LPF stands opposed to all forms of discrimination within the game, and will continue to work with our partners to achieve this aim”. 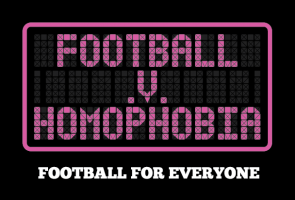