Luton Town Disabled Supporters Association (DSA) are one of six Hatters’ fan groups that is urging supporters to back the clubs plans for a new stadium.

The DSA was involved in the production of a promotional leaflet detailing the clubs plans, and helped distribute them during Luton’s EFL trophy tie against Leeds United on 23rd August.

The state of the art plans for a 17,500 capacity stadium as well as a leisure and retail complex which would create 10,000 jobs and inject £250 million into the local economy.

From: Luton on Sunday 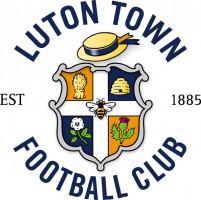