Manchester United have made changes this season to the stadium layout at Old Trafford and some of their policies towards disabled fans following the threat of legal action and a series of complaints.

The Telegraph reported earlier this year how Martin Emery, a lifelong United supporter, was told that he could not seat his family together at Old Trafford because one of his three sons is in a wheelchair and the club could only allow one ‘carer’ with him. In correspondence with Emery, a United official attempted to highlight the space constraints by saying that “there are some clubs that would welcome you with open arms and possibly ask you to bring as many family members as possible, the downside is it wouldn’t be at Old Trafford, most probably Rochdale, Oldham or Stockport”.

The Telegraph also revealed earlier this year how three Arsenal fans, including one man in his eighties, were told that they were being refused entry to Old Trafford because they had walking aids or crutches. The situation was only resolved when it was agreed, following the intervention of police, that the supporters could watch the game if they had their walking aids taken until the end of the game. One eyewitness described the attitude of the United steward as “astounding” and lacking in common sense.

United have also been criticised for a lack of space for wheelchair users, with Old Trafford falling well short of minimum recommended guidelines by offering only 120 places. The Equality and Human Rights Commission have received complaints about United that allege discriminatory practices that could result in legal action but the club are now making changes.

Emery held a meeting last week with David French, the director of venue at Old Trafford, at which he was told that the club has constructed a new accessible seating area for friends and family of disabled fans that was in use at Saturday’s 1-0 win against Tottenham Hotspur.

French has also communicated improvements to the security and stewarding systems at Old Trafford so that a common sense approach is taken. Stewards are expected to have enhanced training and there will be a specialist stewarding team to deal with any specific match-day incidents.

Manchester United are currently also sending out a survey, which has been developed in conjunction with the Manchester United Disabled Supporters Association (MUDSA), Level Playing Field and the Premier League, to help better understand the needs of their disabled supporters. This will be sent to MUDSA members past and present, official club members and also all season ticket holders. It will also be posted on the ManUtd.com website, as well as other Premier League clubs for their disabled supporters to comment on their experience at Old Trafford.

Article reproduced from The Telegraph 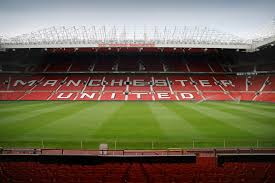