Millwall FC invited Level Playing Field to their home game on the 2nd of March against Norwich to celebrate this years Weeks Of Action.

On the 2nd of March Level Playing Field headed down to the Den to celebrate 2019’s Weeks Of Action for the fixture between Millwall and Norwich. The day started off with a bang as Millwall’s Community Trust invited Norwich’s down syndrome team to compete against Millwall’s down syndrome team. The game was hosted in the club’s community centre which is right next door to the stadium. The game kicked off at 1 o’ clock and was a rip-roaring affair. In the end, Millwall’s team ran out comfortable winners. The game gave a great opportunity for the players to play at the Den and showcase their talents. Both teams then paraded the ground at half time to galvanize support for the teams.

Once the game had finished we headed for the stands. Not before picking up a match day programme. The programme had one of the players who was competing in the down syndrome game on the front cover. Again another brilliant way of showing how disabled people are an integral part of what goes on at the club.

The game itself finished 3-1 to Norwich but Millwall were right in the game up until two clinical counter attacks from Norwich.

“Weeks of Action is a brilliant time to show off the fantastic work that the clubs do throughout the season and in the off season. It’s a great opportunity for Millwall to showcase what they do all year round and it was a fantastic day” said Development Officer Neal Hickey.

If you are looking at getting involved in this years campaign please email info@levelplayingfield.org.uk or call 01 923 545 370. 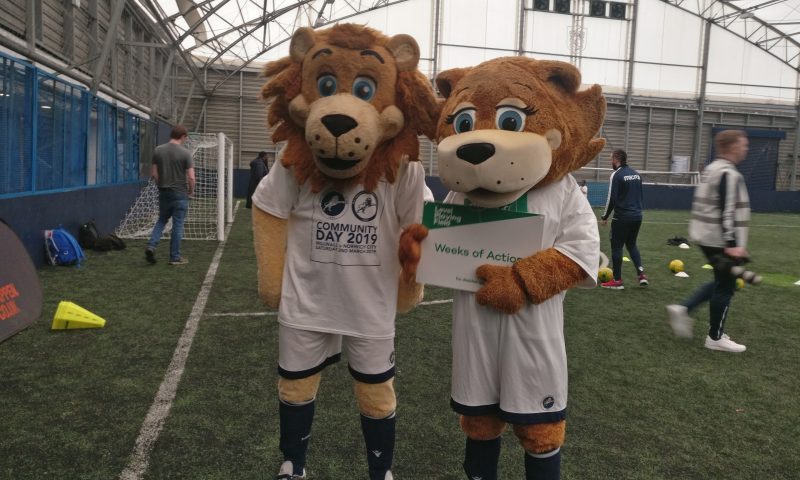