The Newcastle United Disabled Supporters Association (NUDSA) will be roaring on the Magpies in force at Manchester City’s Etihad Stadium this weekend after the Club organised an all-expenses-paid trip for its members.

United cross the Pennines to take on City in the Barclays Premier League at 3pm on Saturday, and 64 disabled fans will be there, with tickets, specialist buses, food and staff members all laid on by Newcastle, using part of its Away Fans Fund.

The Away Fans Fund is a ring-fenced sum that is used to boost away attendances across the Premier League. It equates to £200,000 per club across each of the last three seasons and Newcastle United have used it primarily to lower prices, with away enclosure improvements and NUDSA trips also included.

The trips were first proposed by the Club’s Fans Forum and the visit to the Etihad Stadium will be the fourth of its kind in recent seasons, adding to two previous paid-for trips to Hull City’s KC Stadium and one to Everton’s Goodison Park.

The Club is also looking to provide a fifth free trip for NUDSA later this season, with Arsenal or Leicester City the potential destinations.

Gareth Beard, chairman of NUDSA, said: “We are very grateful to the Club for organising these trips and for covering the costs for disabled supporters.

“Without the trips, only a small handful of disabled supporters would benefit from the away fund initiative. As a result, they have been incredibly popular.

“We look forward to joining everyone in the away end and getting behind the team in Manchester on Saturday.” 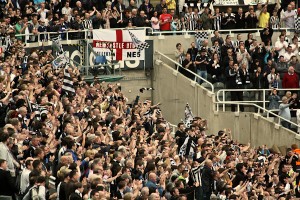