Norwich City Disabled Supporters Association held a successful quiz night at the Gibraltar Gardens pub in Norwich. The night resulted in a fresh injection of £475 into its funds.

The quiz was attended by 48 people and featured a raffle, with the star attraction a new Norwich City home shirt which the club’s chief executive, David McNally, had arranged to be signed by the current squad.

The shirt went for £125 and the quiz was won by a team named Leicester’s Finest, who donated their £30 prize back into the NCDSA fund on the night. Vice-chairman of NCDSA, Gary Hatt, is a lifelong Canaries supporter who is partially sighted and, like most of the association’s members, sits in the Aviva Ability Counts section of Carrow Road.

Norwich City Disabled Supporters Association was set up under Level Playing Field’s Working Together Project and held its first annual general meeting last December. The DSA has been busy establishing itself ever since. Hatt said “The football club have assisted us really well – they sent two representatives to advise us on various aspects and solve any issues. I contacted David McNally about the quiz and he was the one who organised for the shirt to be signed by the squad.” He added: “I’d really like to thank the Gibraltar Gardens because they really put on a good show for us, they really helped us a lot.”

The Canaries allow the association to hire one of the club coaches with proper disabled facilities for away trips and run a ‘match buddy’ system for disabled supporters on match-days, with the club’s support liaison and access officer, Stephen Graham, playing a key role.

“As far as I’m aware Norwich City is the only club which offers a match buddy scheme,” Gary continued. The facilities can be very patchy depending on which club you go to. I’m visually impaired and this will be my first campaign attending regularly in the Championship after the last few years in the Premier League. So it could be a bit more patchy this season, but certainly the Premier League clubs, the service for visually impaired fans was very good, most have visually impaired commentary. Norwich City have their own and we’ll have five different commentators rotating for home games this season.”

The NCDSA has 25 members – anyone interested in joining should email NCDSA@hotmail.co.ukArticle originally appeared on the EDP24 Website. 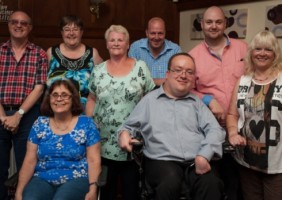