The former Newcastle United midfielder Jonás Gutiérrez has won a disability discrimination claim against the club after being dropped as a result of his battle with testicular cancer.

Gutiérrez sued the Premier League club after managers told him he would no longer feature in the club’s future just two months after he had surgery.

The midfielder said the club did not play him after that so that he did not reach the 80 games needed to trigger a one-year extension of his contract. He was released by Newcastle last summer when his contract expired.

An employment tribunal has found in his favour in two of four claims and Gutiérrez could receive up to £2m in compensation. In its ruling, the tribunal said: “We find as a fact therefore that the respondent was deliberately managing the claimant’s selection to prevent him triggering the option [of extension].

“We concluded that the reason why the respondent managed the claimant’s selection was because they had no longer wanted him at the club because of his cancer.”

Previously considered one of the most valuable players in the first team squad, Gutiérrez said he was shocked at the “sudden change of heart” towards him.

He told the Birmingham tribunal: “I think they feared that my illness would mean that I could no longer play at the highest level and they considered me to be a liability rather than an asset to the club.

“I got the impression that they thought I couldn’t be the same player again after such an illness or that I would be bound to have lingering effects [or] other episodes of illness off the back of it.

“This caused me a lot of distress given my hard work and commitment for the club in the preceding five and half years.”

During the tribunal, Gutiérrez, who now plays for the Spanish club Deportivo La Coruña and gave evidence via a Spanish interpreter, said he was still distressed by the club’s decision and was having weekly counselling sessions. In heated exchanges with Newcastle’s lawyer during cross-examination, he broke down in tears.

The midfielder was diagnosed with cancer in October 2013, about six months after he first noticed pain in his left testicle.

Worried at the length of time it had taken for his tumour to be diagnosed in the UK, Gutiérrez decided to have his treatment in his home country of Argentina, where he had his testicle removed before returning to play for Newcastle two weeks later in November 2013.

He has previously stated that he paid for his own treatment and he felt that the club had treated him poorly after his recovery.

He said: “It is notable that during my chemotherapy treatment, neither the manager, Alan Pardew, or any club directors contacted me to see how I was feeling or to congratulate me on my recovery.”

During the tribunal, it was revealed that Gutiérrez’s mother, who was his manager, had contemplated suicide after her son was “thrown out like a bad dog” following his cancer diagnosis.

Monica Montore said: “I was so distressed at what they had done to Jonás that I just wanted to take my own life at the club’s door. I was going to leave a letter to say what a terrible way they had treated Jonás.

During cross-examination, Newcastle’s lawyer, Sean Jones, claimed Gutiérrez was “just in it for the money”. The player denied this and, amid increasingly heated exchanges, became visibly emotional before leaving the court crying.

“I am not here for the money,” he said. “I want to do this for all people who have problems with their employers.”

In a statement, Newcastle United said: “We recognise that the task facing the tribunal was a difficult one, but we are dismayed by its decision. We will now take time to consider the judgment in full and consult with our legal team to understand the options available to us.”

Martin Budworth, a barrister at Kings Chambers, who represented Gutiérrez, said: “It is very gratifying to have been able to help Mr Gutiérrez in fighting for these findings especially when the club said his claims were ludicrous. The tribunal has made it clear that a Premier League football club owes the same duties to a disabled person as any other employer.”

Carol Couse, a sports law expert from UK law firm Mills & Reeve, who was the instructing solicitor in the case and attended every day of the tribunal alongside Gutiérrez, said: “As he alleged, it has been determined by the tribunal that the Newcastle United board influenced team selection to prevent Jonas reaching the contractual trigger point to secure an extension to his contract and the evidence of Newcastle officials and ex-officials has been discredited. He wishes to place on record his thanks to all the Newcastle fans who have supported him throughout his case.”

Gutiérrez launched his claim under the Equality Act 2010, which makes it unlawful to discriminate against workers because of mental or physical disability, and considers a cancer diagnosis to be a disability.

Further claims of unfavourable treatment and another of harassment related to disability were dismissed. A further hearing will decide the amount of compensation the player will receive.

Article reproduced from The Guardian 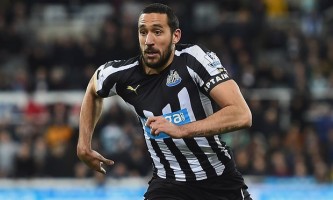