The Premier League lacks a “culture of inclusivity” for disabled fans, says a leading equality campaigner.

Some top-flight clubs have not yet met guidelines on disability access.

Lord Holmes, a member of the Equalities and Human Rights Commission and a nine-time Paralympic swimming champion, told MPs that legal action against clubs and the Premier League remains an option.

The pledge followed a 2014 BBC investigation that found 17 of the 20 clubs were failing to provide enough wheelchair spaces.

However, it is estimated that up to a third of clubs will miss this self-imposed deadline.

Bush told a Culture, Media and Sport select committee on Tuesday that the Premier League is not “hiding” by refusing to name the individual clubs likely to miss disabled access targets by next season.

“Several are short and they know it,” Bush told MPs, adding that a club-by-club statement will be published in January.

He said resources were not an issue, but denied clubs were “ignoring opportunities” to make changes to their grounds.

“Much of that work is of absolutely outstanding quality,” said Bush. “The clubs are rightly proud of it rather than fearful that they are failing.”

Lord Holmes – Britain’s most successful Paralympic swimmer – has led the campaign for improved accessibility at sports stadiums.”There isn’t a culture of inclusion, there isn’t even yet a culture of compliance,” Lord Holmes told BBC Sport.”Football is our only national sport, we can only wave our team’s flags with pride if we can all be sure that every Premier League ground is accessible to all and there’s an inclusive experience waiting for every spectator,” the 15-time Paralympic medallist added.

Holmes said he hoped the hearing would lead to further action but warned that both the individual clubs and the league could face legal action if targets continue to be missed.

“It’s tragic that we’ve got to a place where we’re even talking about sanctions. This should have begun as a positive transformational change to our national game but we are at this stage because nothing’s happened for decades.”

She said that fans with disabilities sometimes could not see the play, because of non-elevated platforms and other standing up. At some grounds, visiting disabled supporters are forced to sit with the home fans.

“At Anfield, you’re actually put in with the home fans, so it’s quite intimidating,” she said after attending United’s 0-0 Premier League draw at Liverpool on Monday.

“There are maybe six United fans and then you’re just surrounded by Liverpool fans.

“Clubs seem to just be ignoring what’s going on.

“Changes need to happen now because it’s going to put the younger generations off going.”

What do the guidelines say?

Premier League: Up to third of clubs to miss deadline for disability access 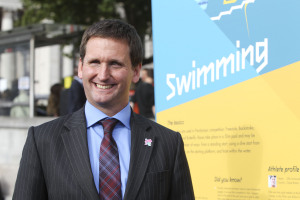