Premier League: Up to third of clubs to miss deadline for disability access

Up to a third of Premier League clubs are set to miss their own deadline to meet basic access standards for disabled fans, campaigners say.

Last year the league promised to improve stadium facilities for disabled fans, stating that clubs would comply with official guidance by August 2017.

That followed a 2014 BBC investigation that found 17 of the 20 clubs failed to provide enough wheelchair spaces.

Joyce Cook, chair of Level Playing Field, called the delay “unacceptable”. “We think up to a third of clubs are not going to meet this pledge,” Cook added. “This is a promise that they made themselves, they set their own deadline.”

It is understood Liverpool are among those set to miss the deadline, despite recently spending £100m to redevelop Anfield’s Main Stand.

The club has upgraded its facilities for disabled fans but the improvements do not yet go far enough to meet requirements. Liverpool did not comment on the claims when contacted.

Chelsea are also expected to fail to meet the pledge.

A spokesperson for the club said: “This is an issue we take very seriously, however we are constrained by an old stadium.

“A planning application for a redeveloped ground at Stamford Bridge has been lodged with the local council which, if approved, will see the construction of a new stadium that will exceed the Accessible Stadia Guidelines.”

Pressure on the Premier League has been building, with Lord Holmes from the Equalities and Human Rights Commission raising the threat of legal action if its clubs did not comply with the official guidance.”There are clear sanctions in the equality act which Premier League clubs may find themselves on the end of,” he said.

“I think anyone out there would understand that it’s perfectly reasonable for a Premier League club to be accessible. We have the richest, the most profitable league on the planet. That has to be the most inclusive league as well otherwise it is morally bankrupt.”

Level Playing Field campaigns so all fans can enjoy an equal experience at live sports events and Cook also believes clubs that fail to comply should be punished.

“We certainly look at sanctions when it comes to things like financial fair play, and this should have the same impact,” she said.

When BBC Sport took these claims to the Premier League, it insisted it was working hard to improve disabled access.

“The commitments made in this area are wide-ranging and will set new standards for sport and other sectors,” a statement read.

“All clubs are working towards making their grounds meet the appropriate standards in the agreed timescale.”

That statement was underlined by Watford, who said they were “very confident” of being fully compliant by August 2017, while Crystal Palace have “met with architects” and are “working diligently on all aspects of the Accessible Stadia Guidelines and will continue to do so over the coming months”. 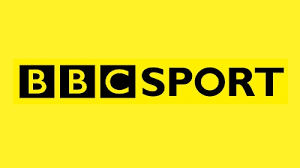