Clubs across the country marked the Weeks of Action in late February and early March, with North End holding a number of themed activities last time out at Deepdale for the visit of Queens Park Rangers.

The University of Central Lancashire provided visual impairment training equipment for supporters to try out before kick-off, while members from all of the disability sport programmes run by Preston North End Community and Education Trust were invited to watch the game.

Adult and child players from the Trust’s Every Player Counts programme, an EFL Trust initiative which is run in conjunction with the Sir Tom Finney Preston Soccer Centre, had further involvement in proceedings.

Adults formed a guard of honour for the players walking out at kick-off, while children were given the opportunity to take part in the half-time game, taking penalties on the pitch.

Charlie Hurst, who is enrolled on an education programme with PNE Community and Education Trust and has special educational needs, was given the mascot experience for the day. Charlie met the players in the dressing room as they arrived, before walking out with his favourite player Declan Rudd as the teams took to the pitch for kick-off. 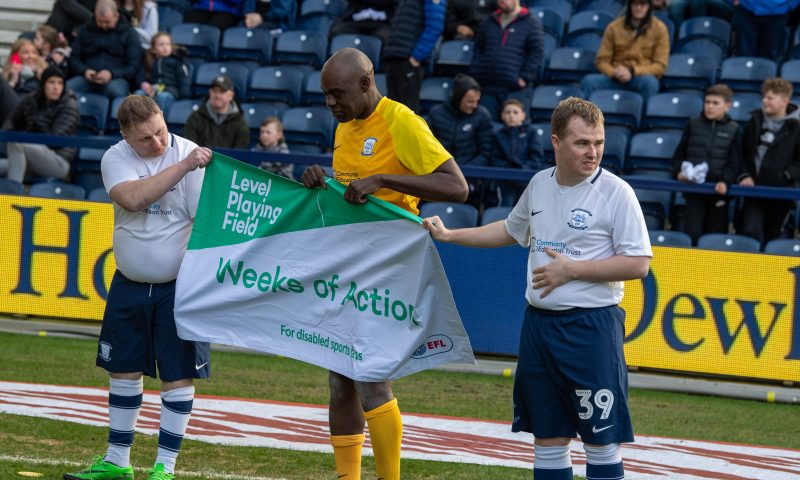