The Saints Disabled Supporters Association (SDSA) will be holding their 5th Annual Open Day on Tuesday 25th August. The event takes place at the Dell Café & Sports Bar at Southampton’s Saint Mary’s stadium and is open to all people of all ages.

The open day will be officially opened by a number of high profile local figures including the Mayor of Southampton, Councillor Linda Norris and Saints Legend Francis (Franny) Benali at approximately 2:15pm.

There will be a variety activities including face painting, football skills and a magic show. There will also be an opportunity for fans to have a short tour of the stadium and meet former Southampton players including Matt Le Tissier, Franny Benali, Lawrie McMenemy, Jim Steele, Mark Dennis and Reuben Agboola. Fans will also be able to see the Saints’ first ever trophy which they won in 1890 – the Hampshire Junior Trophy!

Southampton DSA chair Paul Lucas said “The Saints Disabled Supporters have been in operation for 5 years and I believe, having organised the last 3 with committee member Mark Harpur, I’m sure this one is going to be the best. You can’t go wrong – it’s a great afternoon out”.

Level Playing Field’s Project Coordinator Kieran Reynolds said “I would like to congratulate Paul and Mark for organising the day. I am sure that it will be a great success. Southampton DSA has been very successful and Level Playing Field will continue to work with fans to establish more DSA’s as part of the Working Together Project. 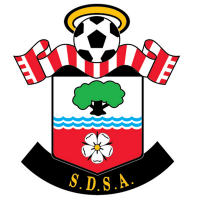