Selby Town raised £71.21 for their guest of honour and local Disability Football player Billy Hobson during their 5-3 victory over Rossington Main.
Football

Billy, who has Down’s syndrome and plays for Selby Disability Football Club, is heading to Geneva in June after getting picked for the Mencap GB squad which will compete at their European Championships.

The news of Billy’s call-up has captured the imagination of the Town as in less than two weeks over £1200 has been raised for his trip and for his team.

Selby chairman Ralph Pearse and first team manager Christian Fox personally invited Billy to the fixture after hearing about him being selected for the squad.

Fox presented Billy with a Selby mug as a memento from his visit after the victory. Billy also spent a few moments discussing the game with match officials Alex Sawden, Anthony Tierney and George Paterson.

Selby DFC is run by NLY Community Sport – the not-for-profit organisation run by James Grayson and Worsbrough Bridge right-back Connor Rollinson. The pair are also in charge of the sides at Pontefract Collieries and Nostell, as well as the Junior Disability club the South Yorkshire Superheroes.

James said: “I can’t thank Ralph and Christian enough for making Billy’s day at Selby Town so memorable. Everyone involved with Selby, players, volunteers, officials and supporters were fantastic with him and so generous.

“He was treated like royalty. I’ve always said that the majority of referees in the NCEL are a credit to the league and Alex Sawden and his two assistants certainly are. They spoke to Billy and even donated some money.”

NLY Community Sport was established in 2017 and has around 65 participants across their teams. Around 40 of those did not participate in sport until NLY came along. Four of those 40 have either played for the Mencap GB squad or been selected for it in the past two years.

Selby boss Fox said: “I was at the Selby DFC Presentation Night in November when Billy got his letter to say he had been invited to the Mencap GB trials so I saw how much it meant to him.

“Now he’s got selected it is a fantastic opportunity for him to play football abroad at a prestigious competition. James and Connor and all involved with NLY Community Sport deserve a lot of credit as without them, Billy would not have had this opportunity.”

The initial target of £1000 has been increased to £2000. £1000 funds his trip to Geneva and a small amount of the pitch and mini-bus hire for the year. Billy now wants to raise £2000 to cover almost all costs for the year and potentially pay for some new kit for the team.

The donation page is https://www.gofundme.com/get-billy-on-the-plane-and-help-selby-dfc 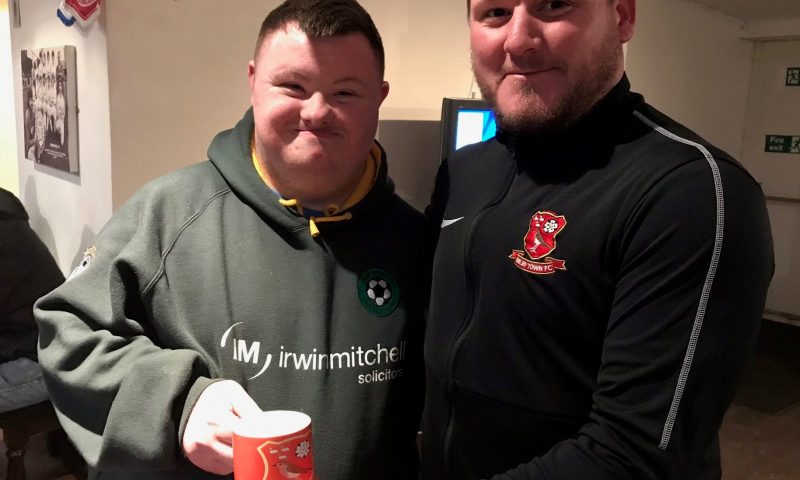