The award recognised Janet’s 20 years as secretary of SUDS, several years of voluntary work and her commitment to improving the matchday experience of disabled supporters. Janet was also a board member and treasurer at Level Playing Field for many years.

The Martyn Harrison Award is an award given to a volunteer and is named as the clubs former photographer who passed away three years ago.

The Level Playing Field team would like to congratulate Janet for her award and thank her for everything she has done to raise awareness of our topic. 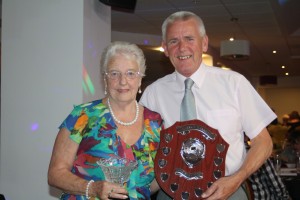