It has been a busy summer for Stoke City who have been renovating the Bet365 Stadium including making significant improvements for wheelchair users.

This means that for the first time wheelchair users will have a choice in where they watch Potters games – something that LPF have always campaigned for. (See LPF Ticketing & Seating Management Guidance)

The new developments will also mean that wheelchair users will have unobstructed views of the pitch, a problem that was identified by the club as the original viewing areas meant that sightlines were blocked when fans stood up during key moments of the game.

Potters fan Linda Bradshaw told the Stoke Sentinel: “It should be far better. There was a meeting with the club and disabled supporters and we were asked for opinions not only on facilities during the game but also around the ground and what could be improved. It genuinely felt like they were listening.” 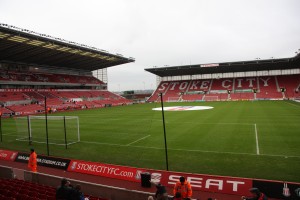