By Jeremy Wilson, TelegraphManchester United are reducing the capacity of Old Trafford by 2,400 finally to meet minimum standards for disabled fans, but they will also break a collective Premier League pledge to have the changes fully operational by next season.

The three-year timescale has been described to the Telegraph by the charity Level Playing Field as “seriously disappointing”.

United managing director Richard Arnold defended a “very aggressive” plan that was also sensible in addressing the needs of existing season ticketholders. “We think it is a fair balance,” Arnold told The Telegraph.

The structural changes to the Old Trafford layout will be completed by the start of next season and will create 300 new spaces for disabled supporters, including an increase for wheelchair users from 120 to the required 277. The process of relocating 2,600 existing season ticket holders will be spread until 2020 and the new Old Trafford capacity will drop below 75,000 to 73,300.

It follows a Telegraph investigation and then a Premier League statement, released in September 2015, which said that all clubs would “achieve compliance with the Accessible Stadia Guide by August 2017”.

These recommendations were first set out by the Football Task Force, of which the Premier League was a part, in 1998. Just three Premier League clubs met those guidelines at the start of the current season. Amid the threat of legal action, the clubs are now working to meet the required numbers but Chelsea, Liverpool, Watford and Bournemouth have also already suggested that they will be unable to honour the August deadline.

The Premier League also now intends to give recently promoted clubs additional time, meaning that more than a third of clubs are not expected to be compliant at the start of next season.

“The clubs made a pledge with a self-imposed timescale and, one by one, they seem to be saying that they are not going to meet it,” said Tony Taylor, the chairman of Level Playing Field. “Whilst we welcome the changes that have been set out, the timescale is seriously disappointing.

Consideration must be given for the disabled fans who have never seen their team play at Old Trafford because of a lack of availability of tickets. It must also be stressed that the planned increase in wheelchair user spaces are spaces that have been owed to disabled fans for over 20 years.”

United have highlighted the “complexities” of their near 100-year-old stadium and the need to relocate existing fans. They employed four firms of architects who considered 30 potential solutions before settling on what has been described as a “ground-breaking” and rapid solution.

“These changes will help many more of our loyal disabled supporters to attend games to watch their heroes,” said Arnold. “We recognise how unsettling it can be for fans to move, not least because of the communities that develop within the stadium over many years. It is a difficult and emotional subject. We have a unique situation in that we have some 55,000 season ticket holders and enjoy sell-out crowds for every game, and the number of seats that become available each summer is very small. This makes moving large numbers of fans to similar seats within the stadium impossible in a short space of time.”

Existing season ticket holders will be moved to equivalent or better seats. They will also receive complimentary cup tickets and prices will be frozen.

The Equality and Human Rights Commission has been backed by MPs in its promise to take legal action against those clubs who do not make “reasonable adjustments” and it is urging United to speed up their process.

“Manchester United have recognised that more should be done for their disabled supporters and this is the right thing to do,” said Rebecca Hilsenrath, the EHRC chief executive. “In our meetings we have encouraged them to implement their changes in a quicker time frame. Premier League clubs need to urgently demonstrate to us what they are doing to ensure they are compliant with the law.”

The Manchester United Supporters’ Trust welcomed the expansion of disabled facilities but said it “noted with concern” the impact on existing season ticket holders. “We will also be making a strenuous argument for general expansion of stadium capacity,” it said. 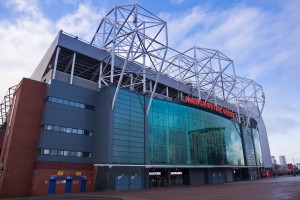