View from the Terrace

This edition of 'View from Terrace' comes from Liverpool supporter Rachel Ellis, who tells us about her experience of travelling to a European away day for the first time.

“Firstly, a little bit about me… I’m a 47-year-old woman originally a Chelsea supporter due to family allegiance, but having moved from London to Warrington with my Husband in 2007, through him, I became a massive Liverpool supporter. I have had a disability all my life and I’m a full-time wheelchair user of short stature.

A few weeks back I was lucky enough to be offered a ticket to Salzburg v Liverpool in the Champions League away from home. To be honest, I was quite daunted by the prospect of going to a European away game. I always worry about the ease of getting on the plane and also the language barrier can be an issue, especially if I need to ask for something in an emergency, and of course the unknown stadiums and what the crowds at the stadium would be like! The Salzburg game was an opportunity I didn’t want to miss, so I took the bull by the horns and went for it.

I wasn’t travelling alone; I had my husband who doubles as a carer at times coming along with me for the trip. The flight from Liverpool to Salzburg was mostly uneventful, we flew with Eurowings, they are owned by the Lufthansa group. It was by no means luxury, but the staff were helpful as possible. It was a special football flight but not organised by the club. I was able to take my own wheelchair right up to the aeroplane door, and my seat was nice and close to the door, so my husband just gave me a quick lift to my seat and away we flew!

Once at Salzburg airport, we had a short wait while my wheelchair was located and brought to the aircraft door, we were taken off the aircraft via an Ambulift (also sometimes called a Medical Lift), it’s used for the easy planing and deplaning of passengers who are wheelchair users or ambulant disabled. The Ambulift staff were very friendly and efficient and seemed well versed in dealing with disabled people. (their English was also better than my German! From the airport, we decided to try the local bus service to the hotel. The first bus drove off without letting us on (rude!), but the second driver went above and beyond to be as helpful as he could. The buses have room for more than one wheelchair user, which is fantastic as we picked another one up on the journey.

Our hotel was lovely, the room was accessible with a roll-in shower and shower seat. The staff spoke perfect English and were helpful. As we had plenty of time before the game, we decided to venture around the city and see the sights, Christmas Markets, which were within walking distance of the hotel. Salzburg is a beautiful city with welcoming and helpful people. It’s certainly somewhere I would go back to. I have a power pack attached to my wheelchair, which means I don’t need to have someone push me the whole time, which does make life easier.” 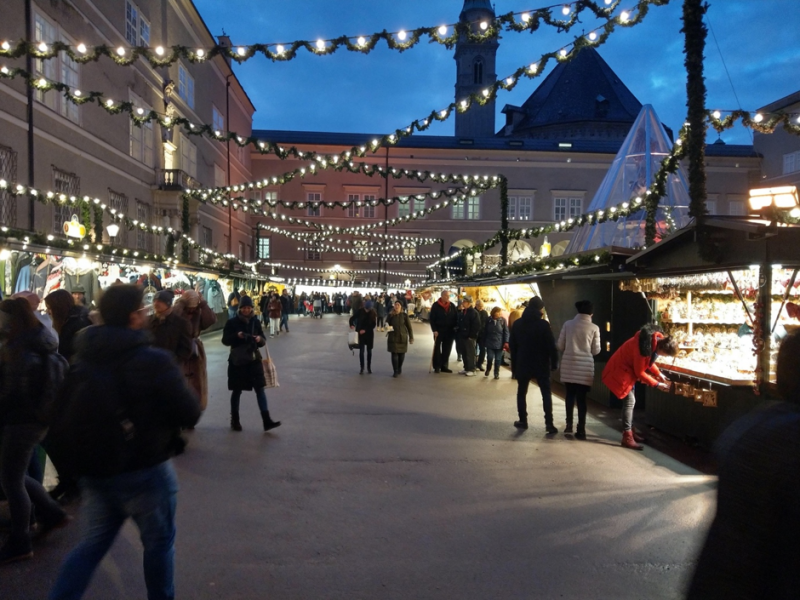 On to the game…

“The club had arranged shuttle buses to get us to the stadium, so we headed to the stadium about 2 hours before kick-off. On arrival, we were met by Liverpool accessibility stewards who we already know through attending home games. A really great idea from the club for us to have a familiar face in an alien environment.

The Liverpool stewards had been to the stadium before the game and realised that where the away wheelchair users located, there was going to be an issue with fans standing up so our view would be very restricted, so they had arranged for us to sit in with the home fans instead. The view wasn’t brilliant (I could only see one goal), but I could certainly see more than I have at past away games in the Premier League.” 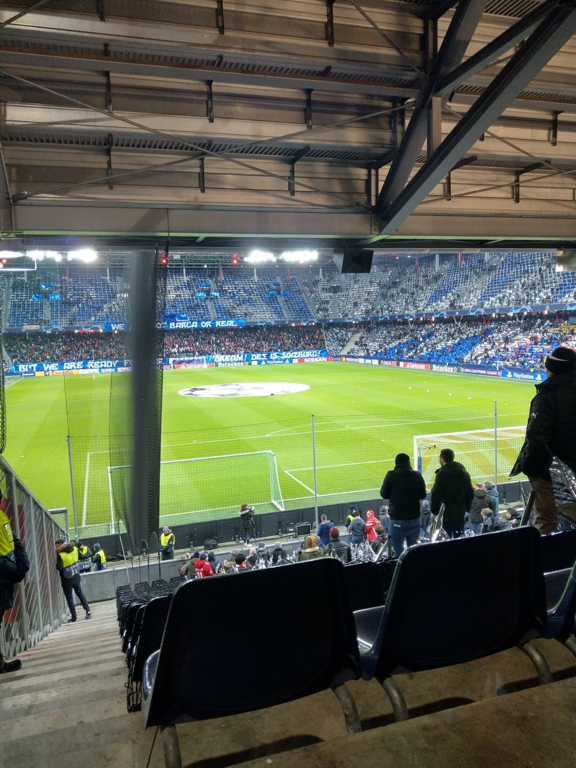 “The Salzburg fans helped create a fantastic atmosphere, and of course, Liverpool won 2-0.

After the game the stewards were fantastic, guiding us through the crowds at the stadium and helping us to get into a shuttle bus. We went back to the hotel and headed to the bar to celebrate the win, chatting the night away with some lovely Austrian beer and a lovely German Liverpool fan.” 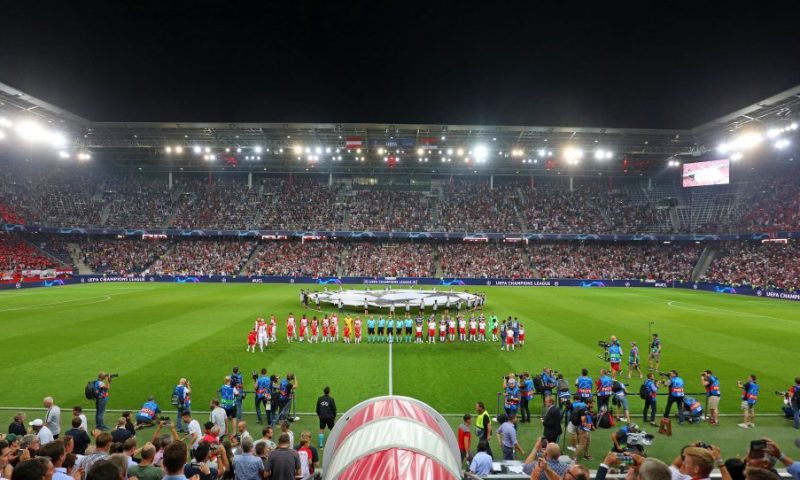