Weeks of Action: David Munn – Working Together to make #OurMatchday accessible for all

David Munn is a passionate supporter of Yeovil Town and long standing supporter and friend of Level Playing Field. David has volunteered in a number of capacities at Yeovil Town and is currently a Soccer Sight Audio Descriptive Commentator (ADC). He provides ADC for all Yeovil Town home matches. He is also Media Rep. for Yeovil Town Disabled Supporters Association (DSA) and co-founder of the South West Disabled Fans Experience Forum (SWDFEF). This was the first Regional Forum of its type in England and Wales. To celebrate Weeks of Action 2018, David tells us his story.

“In 2001, at the age of 55, I retired from the Airline industry based at Heathrow and moved to Devon. A few years later, my wife suggested that I get a hobby and as I had previously held the position of Chairman of the British Airways Brass Band I should contact a local brass band. Unfortunately, by this time I had been diagnosed with Chronic Obstructive Pulmonary Disease (COPD), which ruled out any chance of playing an instrument. As I did not fancy just doing an administrative function with a band I looked elsewhere.

A friend of mine suggested a website which listed loads of organisations who needed volunteers. Looking on the site I found that the RNIB were looking for commentators for their “Soccer Sight” programme which catered for the blind and visually impaired football supporter. I contacted them and as Exeter City F.C. (my local club) were catered for they suggested that I would be accepted on the course if I agreed to cover Yeovil Town F.C. In February 2009 I went up to Watford F.C.’s ground at Vicarage Road and together with around 20+ others from around the country, trained as a commentator. I passed the course, so started commentating for the last 3 or 4 months of the 2008/9 season. I am now in my 10th season commentating in a 2-man team. We have upgraded our equipment from 1 commentator at a time to both commentators being able to speak. (1 commentates for 10 mins whilst the other comments, then we swap over). I am now on my 3rd co-commentator and have recently advertised for standby commentators so we have got 2 more for cover for now with the plan for them to take over in the future. I have commentated on 86 different teams whilst covering Yeovil and have enjoyed every minute of it.

In June 2009 I was approached, as YTFC DSA were having a meeting with a view to reforming, after being dormant for a few years. I went along to the meeting and for my sins, agreed to become the Media Rep. for the DSA. Many new administrative and journalistic functions were set up to ensure that we were maximising every opportunity to expand and bring as many benefits to the disabled supporter, both home and away, that we could achieve. I started on the committee but, owing to ill health, I relinquished my position but still stayed as Media Rep. Like most DSA’s we strive to constantly improve services but are restricted, in the lower leagues, by finance.

In October 2010 I was contacted by Nick Saunders Exeter City F.C. DLO & DSA Chairman. He said that, as their club was run by a Supporters Trust, all sections met regularly to discuss all aspects of running the club, so all sections benefitted by the input of others. Nick asked “Would DSA’s from clubs within our region benefit by a similar idea”? I thought that this was a great idea so, after discussing all aspects of exactly what we wanted to achieve by this Forum, I sent out an email outlining the idea to Football League clubs that were within 2 hours drive of Exeter & Yeovil. The response was very positive, therefore, we set up the first SWDFEF (South West Disabled Fans Experience Forum) with the first venue to be Exeter & the 2nd venue to be Yeovil (this ensured that we would have at least 2 Forums!!). Initially 8 clubs were invited but this has now increased to 12 clubs and 7 Rugby Union clubs, although there has been a reluctance, so far, from the Rugby Union clubs to participate in our Forums. Nevertheless, we will continue to try to involve them.

The 1st Forum was held at Exeter in October 2011, where every Exeter department involved with the disabled, gave presentations which also included a representative from LPF. The plan being that each club would host an annual Forum, so that all delegates would increase their opportunities of learning about new ideas and processes that would benefit their own club. Our 8th venue will be Bristol Rovers in October 2018.

LPF were very supportive of our idea so we suggested that maybe they could take our philosophy and cover England & Wales?

We shared our templates and procedures with LPF and we were delighted when the Working Together Project was set up. Not only did this involve LPF establishing new DSA’s throughout England & Wales it also included the setting up of Regional Forums. Kieran Reynolds, Projects Coordinator, has done a wonderful job in setting up the Regional Forums to the extent that there are now only three regions still to have a Forum and then the whole of England & Wales will be covered. The current Regions are South West, South Coast, North West, Midlands, London and Wales.

See what can be achieved when you have COPD, Diabetes Type 2, Arthritis and an aortic aneurysm amongst other ailments.” 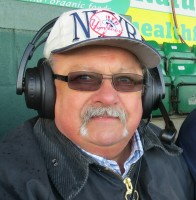