Weeks of Action Regional snapshot – What did Wales get up to?

Swansea City are hosting the Welsh Regional Forum this year on 2nd May 2018. You can read more details about the event here.

Cardiff City did a piece in their matchday programme and Bartley Blue sported an LPF t-shirt for us.

Newport County DSA and club invited representatives from Thrive, a charity based in Cardiff that works with young disabled people and their families who led Newport County and Luton out carrying a LPF banner. Only one of the children attending had been to a professional sports event before and they all wanted to come back. They also released a video showing the day on social media. You can watch it in our news story about Newport County here.

Afan Lido dedicated two pages of their matchday programme for the Haverford West match on 17th March to promote Weeks of Action. The club had originally published the article in the programme for their match against Penybont on 3rd March but this was one of several matches postponed due to the snow. The article can be downloaded here.

CPD Porthmadog FC held an event at the Traeth on the 14th of March 2018 during the game against Holyhead Hotspur. The event was publicised in their programme, twitter account and announcements were made during the game.

CPD Porthmadog FC have said they are committed to supporting Level Playing Field’s campaign throughout the year.

Bangor City promoted #OurMatchday on their social media and printed a piece in their matchday programme for their fixture v Bala Town on 9th March 2018.

Guilsfield FC squad held up an LPF banner before their match v. Porthmadog on March 17th. The banner is now on one of their boards around the pitch. They also did a spread in their match programme and included this photo of the squad with our Weeks of Action banner in Twitter feeds. 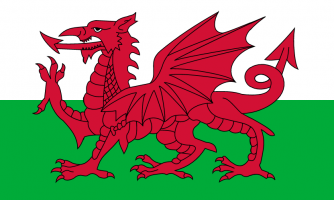