Weeks of Action Regional snapshot – What happened up North

As a celebration of the completion of our official dates for 2018’s Weeks of Action #OurMatchday we are running a series of stories summarising what clubs have been doing to support the campaign.

Due to the overwhelming response that we have had this year the summaries will be grouped by region; North, South, Midlands and Wales. Some clubs will be showing their support in April as well so keep an eye out for that.

Huddersfield Town supported their DSA in opening their doors to new members who can take part in activities such as horse racing, quizzes, bingo and games, 10-pin bowling nights and themed suppers.  Find out more here.

Manchester United put LPF merchandise to good use with Fred the Red posing in front of an LPF banner sporting his very own LPF t-shirt. The club also published a quote from Chas Banks, MUDSA Secretary which you can read along with more details here.

Newcastle United Foundation printed a news story supporting 2018 Weeks of Action, which you can read here, and the club may be one of those celebrating in April due to March’s snow complicating their original plans.

Bolton Wanderers wrote an article about 20-year-old, season ticket holder Morgan Parry who is a wheelchair user and talented business student who impressed Aneel Javed, Specialist Advisor for Inclusion at the Football League so much that he asked him to feature in a special documentary by the league’s governing body. You can read the full story here.

Leeds United supported 2018 Weeks of Action at their game against Sheffield Wednesday on 17th March and tweeted this great picture of our new LPF scarf and badge designs.

Preston North End celebrated #OurMatchday in their designated game on 6th March against Bristol City. They published an article highlighting the improvements made to Deepdale and the fundraising power of the fans. You can read the full story here.

Sheffield United rearranged their match that was snowed off and backed Level Playing Field during their fixture against Burton Albion. SUDs exchanged pennants with disabled fans from Burton Albion, disabled supporters formed a guard of honour and joined in a football activity at half time by Sheffield United Community Foundation. More details here.

Sheffield Wednesday kindly displayed a banner on the pitch before the game.

Sunderland supported #OurMatchday by sharing on social media some great videos of disabled supporter Jasmin’s matchday when she got to chat to a few well known faces at the club whilst being their mascot for the day. You can see more here.

Blackburn Rovers celebrated Weeks of Action as part of their ‘One Rovers’ day back in January.

Blackpool took the opportunity to thank their disabled fans and Junior PAN Ability participants will met Blackpool FC’s first team squad and manager and walked out with the players ahead of the match against Southend. Read more here.

Bradford City’s plans had to be postponed but they will be celebrating #OurMatchday in April 2018.

Fleetwood Town were utilising the LPF t-shirts, a banner and badges.

Oldham Athletic were aiming to have players warming up in LPF t-shirts and posing for photos with fans.

Rochdale published an article with photos of their regular supporters from Future Directions which can be seen here.

Rotherham United played host to LPF staff in their celebration of Weeks of Action which saw the launch of their Disabled Supporters Association being marked by the club chairman presenting a personalised club shirt to the DSA chair and vice-chair. Read the full article here.

Accrington Stanley ran an inclusion day to coincide with their match against Forest Green Rovers on 17th March. A number of local disabled supporters and their companions were given a free ticket to the match.

Carlisle United included a number of local disabled supporters in different activities that they held on their designated day and provided some brilliant photos of the day. You can read more details here.

Grimsby Town were dedicating their matchday programme to Weeks of Action as well as interviewing fans about their experience of attending live matches.

Mansfield Town were hosting a number of activities including a half time game between two group of children with learning disabilities.

We would like to thank all the clubs, foundations and community programmes who got involved as well as all the DSAs for all their fantastic support this year. We have loved hearing from you and hope that you have enjoyed sharing in #OurMatchday. 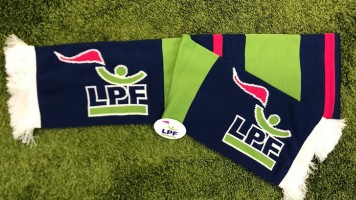