On the 30th of July, a group of footballers will attempt to break the current world record for the longest 5-a-side football match, just one of a number of activities which have been organised in memory of Tranmere DSA chairman Lee Knight, who passed away in March.

The proceeds from the game will go to the Lee Knight Foundation. The Foundation, which has charitable status, has already raised money for a new wheelchair platform which is currently being installed at Prenton Park. Lee had campaigned for this for years.

Lee’s brother Mike Knight, who is participating in the match said: “Training for the World record hasn’t been easy, it will be worth all the pain to honour Lee’s Dreams of making the club a better place. Hopefully over time we can branch out into other projects enabling us to help the less fortunate people of Wirral and Merseyside. All the effort people are putting in is overwhelming. We all can’t wait to get going on the 30th so please come and support the event and help make it a massive success.”

Tranmere Rovers have hit the news in recent days as they were mentioned in last Friday’s House of Lords debate, being recognised for their commitment to disability access. This was in no small part due to Lee’s hard work and commitment behind the scenes to improve access and inclusion for disabled supporters.

During the debate, Lord Chris Holmes of Richmond highlighted the club’s good work saying, “Tranmere Rovers is firmly, completely committed to disability access. Is it a club awash with funds? At the end of this season it was relegated from the Football League, yet its commitment to disability access and its desire to be a leader in this area holds true. Perhaps it is a new stadium; perhaps that makes it easier? Prenton Park dates back to 1912. It is hats off to Mark Palios and the leadership he shows there, demonstrating what can be done”.

Details of the attempted world record 5-a-side match can be found here. 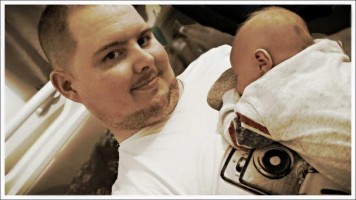