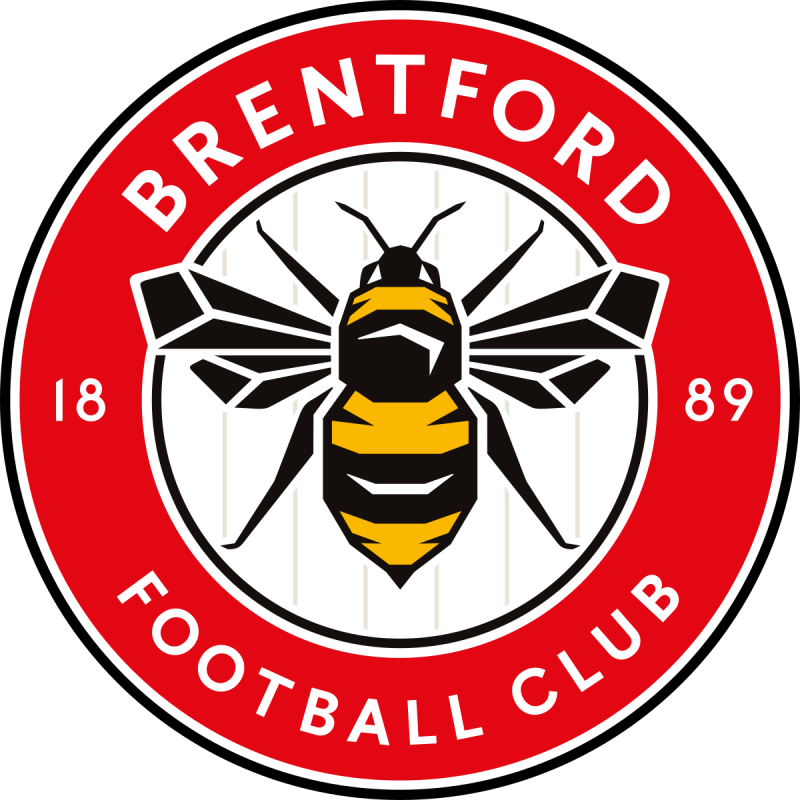 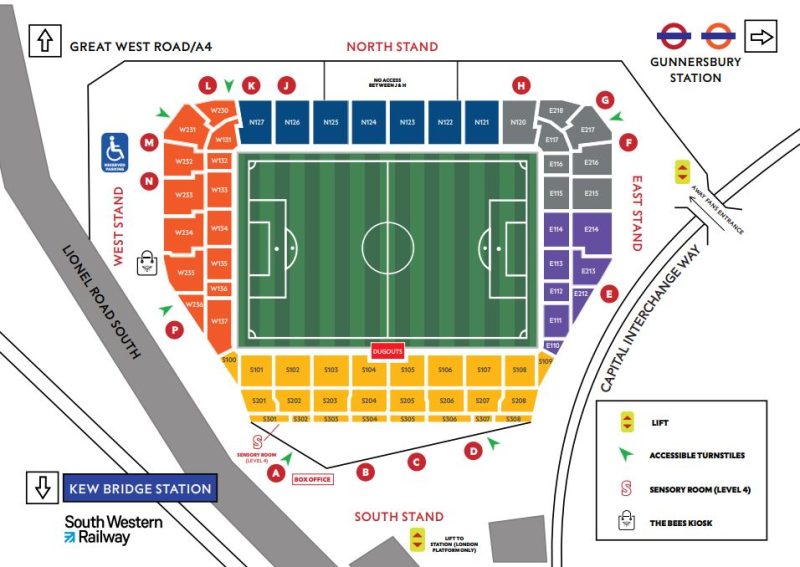 At Brentford Community Stadium, the club provide matchday commentary for both home and away supporters through their in-house commentator. They provide receivers and headsets that can be booked through our Accessibility team by emailing accessibility@brentfordfc.com and letting the club know which match you will be attending. You can also visit the box office on a matchday and be issued with a headset (subject to availability).

At the top of the South Stand, in the far west corner, the Club’s Sensory Room offers a full view of the pitch with special glass to protect against the noise. It allows families that might not otherwise be able to come to watch The Bees have access to Brentford FC matches. It is aimed at supporters who have sensory processing issues and that struggle to deal with the large crowds and the matchday atmosphere. The room can be booked on a match-by-match basis with priority going to season ticket holders and members. There is limited space in the room so booking is required, the club will try and accommodate all requests to use the room subject to availability. To book space in the Sensory Room, please contact us at accessibility@brentfordfc.com to complete an application form. Once you have filled out the application form, a member of the Accessibility team will be in contact to follow up with your request and provide available dates.

The community stadium allows assistant dogs, the club do ask that supporters let the accessibility team know beforehand so they can inform their operations team. Please email accessibility@brentfordfc.com The club do not currently have any dog relieving areas within the stadium or on the stadium grounds.

The club currently have hearing loops installed at the box office windows, they are also looking to provide further hearing loops at other locations this summer (2022).

The new Bees Superstore is now open on Lionel Road South (near the junction with the A4/M4) Step-free access is available at the Bees Superstore and staff will be on hand to assist any supporters once inside the store. The store also has low level counters to make it easier for supporters to purchase items.

All club hospitality areas are accessible allowing supporters to access any level of hospitality package. This includes accessible toilets, wheelchair bays and access to a Changing Places.

Throughout the stadium including the clubs hospitality lounges they provide low level bar and serving areas to allow all supporters to access them. They also have wireless card readers to allow all supporters to make payments in an easy way. Supporters with specific dietary allergies should ask for advice from catering staff - all food and drink areas have a folder listing the allergens for any options being served. If you have any specific catering requirements or questions, please contact the Accessibility team and if they cannot answer your question, they will put you in touch with our catering partner who will be able to assist.

The club have 12 onsite parking spaces for home blue badge holders these are bookable through our ticketing system – full details are available in their access statement for home supporters, see link above or visit - https://www.brentfordfc.com/fans-and-community/access-statement/ For away supporters the club have very limited spaces, so they ask supporters to contact the accessibility team on email accessibility@brentfordfc.com They also have parking at their Chiswick Business Park site bookings can be made through – https://brentfordfcparking.co.uk/ There is a 15min walk to the stadium from this site. The club also have a shuttle bus for blue badge holders (please not this is not suitable for wheelchair users) that will run before and after the game dropping supporters in Capital Interchange way right by our away end. To enquire about the shuttle bus please email our accessibility team on accessibility@brentfordfc.com

National Rail have published links to the nearest stations to sporting venues including Brentford see here for more information.
The club offers accessible travel for disabled fans to away games, and companions are not charged for this service. This page was reviewed and updated by Level Playing Field staff and the club on 30 May 2022.

Let us know about your matchday experience at Brentford to help improve access and inclusion.

This information is provided by Brentford. Level Playing Field (LPF) cannot be held responsible if the service and provision differs from what is stated here.